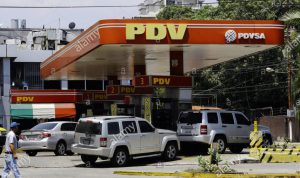 Caracas — Venezuela’s President Nicolas Maduro has announced a price hike for gasoline after two decades of frozen values at the pump, as part of a system to fill vehicles and motorcycles with subsidised fuel up to monthly quotas and pay internationally indexed prices over those levels.

The plan, which comes as the United States threatens to cut off gasoline supply by Iran due to sanctions, is set to start on Monday, Maduro said in a broadcast announcement.

Drivers will be allowed to fill their vehicles with up to 120 liters (31.7 gallons) of gasoline per month at a price of 5,000 bolivars (about $2.5 cents) per liter, while subsidized sales to motorcycles will cover up to 60 liters (15.85 gallons)per month.

Despite the increase, the whole tank of a vehicle will be filled for about $1 thanks to the subsidy.

Over those quotas, drivers will have to pay the fuel at internationally indexed prices, Maduro said, without elaborating on how much stations will charge when they start offering fuel imported from Iran.

Venezuela, an OPEC member that sits atop the world’s largest crude reserves, is suffering the worst gasoline shortages in its modern history due to a near-complete collapse of its refineries.

Gasoline will continue to be fully subsidized for all public transportation, cargo trucks and diesel sales, Maduro added.

About 200 of the country’s 1,800 gasoline stations will be supplied by independent importers who will be responsible for distribution. Fuel at those sites will be sold in foreign currency at a price of $0.50 per liter, the president added.

As state-run oil company PDVSA, under severe U.S. sanctions, struggles to produce enough fuel to satisfy consumption, Maduro said Venezuela needs to move to a model allowing all sales made at international prices in the future.

“(These) are exceptional measures, needed to normalize (supply) amid tensions created by the North American imperialism. I ask all the Venezuelan people for their comprehension and maximum support,” Maduro said.