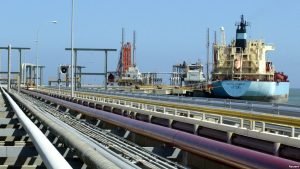 The port halted exports, the lifeblood of the OPEC nation’s economy, after a massive blackout that began last week. Power has been restored to many parts of the country in recent days.

While the terminal was functioning, shipments had not yet resumed. No oil export tankers have left Jose since March 7, according to the data.