Vessels waiting at anchorage for days not justified, says NPA 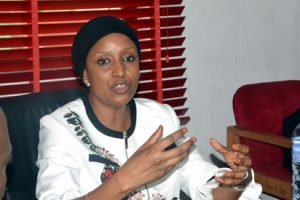 Lagos — The Nigerian Ports Authority, NPA, has described as “unjustified” the situation whereby vessels wait at the anchorage for days in Lagos ports.

The Managing Director of the NPA, Ms. Hadiza Bala Usman, stated this as the agency declared an emergency on the Lagos ports and commenced the diversion of vessels to Eastern Ports following the congestion being experienced at the Lagos ports.

Usman, who revealed that vessels are already being diverted to ports outside Lagos, said shipping companies have been informed on the development.

She explained that it was in the interest of everybody to divert vessels to other ports instead of waiting endlessly, sometimes for three weeks, to berth and discharges these vessels.

She said: “With congestion, the time frame of vessels waiting at the anchorage for days in Lagos cannot be justified.

The NPA boss further stated: “We have noted the attendant congestion as it relates to berthing of vessels in the last one month and off-course, the issue of the closure of the land borders is clear reason why you have more vessels calling with higher volumes.

“One of the things we have done is that we have held discussions with the key terminal operators particularly A.P. Moller Terminals and we took a decision to have the vessels being diverted to the Eastern ports.

“We believed that any vessel that has stayed in anchorage over four day should go and berth elsewhere.

“We have given the shipping companies between now and Monday. With effect from Monday, we are going to proceed with vessels being diverted to the Eastern ports.

“And you referenced that fact Onne took in one of the largest vessels that has ever berthed in the Eastern Ports during the Christmas period.

“Our position is that it is in everybody best interest for us to have these cargoes being diverted to other locations.”