London — OPEC+ appears in control of crude prices as U.S. production is lagging pre-pandemic levels, according to a senior executive at the world’s biggest independent oil trader, Vitol Group. 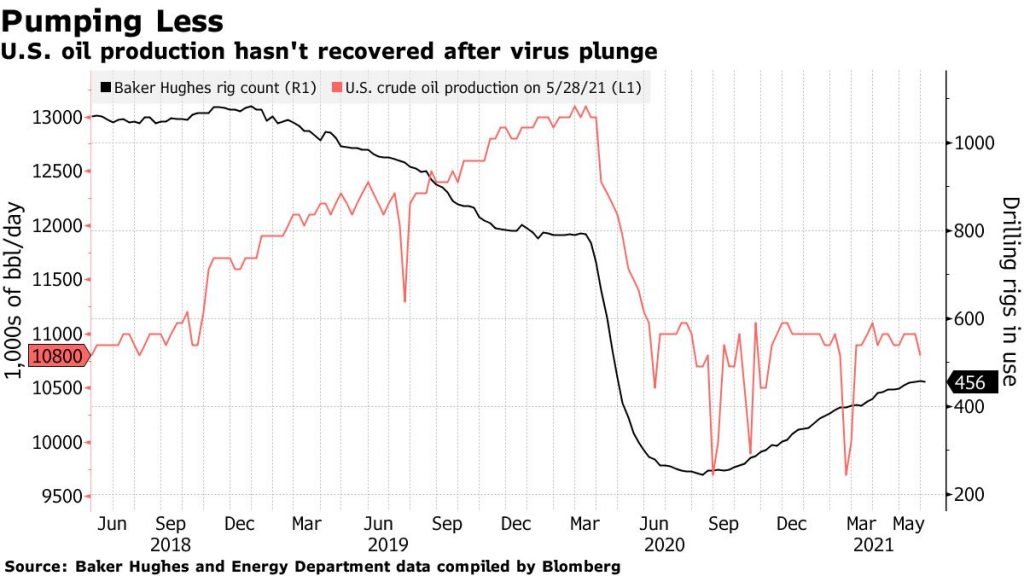 The decline in U.S. drilling and output leaves little competition to efforts by the producers’ group to manage markets, Mike Muller, Vitol’s head of Asia, said during an online conference on Sunday. Brent crude closed above $70 a barrel last week for the first time in two years, as buyers demand more oil than producers are pumping.

U.S. oil producers are still employing only half the rigs they used before the coronavirus struck. Meanwhile OPEC+, as the group led by Saudi Arabia and Russia is known, is easing barrels back on to the market as demand recovers.

“There’s a perception in the market that control is with OPEC+,” Muller said at the event hosted by the consultancy Gulf Intelligence. “It will take a long time for U.S. oil to come back” to production levels seen before the coronavirus outbreak, he said.

China’s economy will continue to grow, helping bolster oil demand and bringing down crude stockpiles, Muller said. Economic expansion and regulatory changes there will likely cause domestic refineries to process more crude, he said. “It doesn’t pay to hold inventory at all,” Muller said. “De-stocking must continue from a purely commercial perspective.”

More Iranian crude oil is likely to hit markets this year after an expected deal to limit the country’s nuclear program in return for the U.S. easing sanctions. Iran is limited in how quickly it can bring oil back to the market since a lot of its stored barrels are condensate, a light and sulfurous liquid which may be harder to sell, he said.