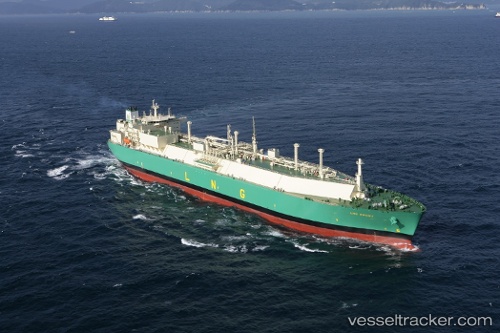 *LNG Enugu, a vessel belonging to Bonny Gas Transport, a subsidiary of the NLNG

London — Commodities trader Vitol has signed a 10-year deal with Nigeria Liquefied Natural Gas (NLNG) to buy 500,000 tonnes of LNG per year, ramping up its long-term presence on the market.

Commodity houses, including Vitol rivals Trafigura and Gunvor, are increasingly expanding their traded spot cargo volumes with multi-year LNG deals as a global push for cleaner energy helps the market grow and mature.

“The agreement underscores NLNG’s drive…to deliver LNG on a global scale in a low carbon world where gas/LNG will continue to be the preferred complementary energy source alongside renewables,” Vitol said in a statement.

The deal also helps NLNG remarket volumes from existing production lines at its Bonny Island plant with a number of contracts due to expire.

Vitol said it would purchase volumes from Trains 1, 2 and 3 of a six-train NLNG production facility on Bonny Island under the sales and purchase agreement, which was signed on Dec. 11 and will start in October 2021.

NLNG’s contracts with Turkey’s Botas, Portugal’s Galp Energia, Spain’s Naturgy and France’s energy major Total for a total of 2.67 million tonnes per year will expire in 2020 and 2021, according to the International Group of LNG Importers (GIIGNL).

NLNG has also been looking for buyers for volumes from a yet-to-be-built Train 7.

Vitol will purchase volumes on an delivered-ex-ship basis, meaning NLNG will provide shipping for the cargoes.

The price of LNG purchased under the deal has not been disclosed but spot Asian LNG and European gas prices are trading at their lowest level in at least a decade this winter.

Vitol has also been buying long-term volumes from U.S. producer Cheniere and the trading arm of Russia’s Gazprom, Gazprom Marketing & Trading, since 2018.