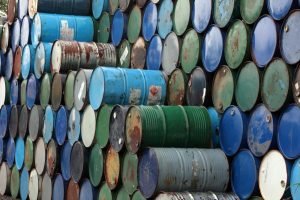 London — Sellers returned to the window on Monday to entice buyers spooked by high freight rates due to Washington’s sanctions on subsidiaries of a major Chinese shipping firm at the end of September.

*Long-haul rates to Asia have risen sharply prompting refiners to shed some cargoes.

*Angolan state oil company Sonangol was still offering for cargoes of November-loading Cabinda at a premium of $3.10 compared to dated Brent, Dalia at $2.80 and Gindungo at $1.60.

*Vitol offered a cargo of Forcados at dated Brent plus $4.70 on a delivered basis to Rotterdam for Nov. 15-20 arrival.

TENDERS
*Tenders by India’s IOC for two cargoes of West African crude for November closed, but the winners did not immediately emerge.

*Turkey’s Tupras issued a buy tender for Bonny Light, Forcados, Jones Creek or other similar grades for Nov. 25 to Dec. 10. It closes on Oct. 8.