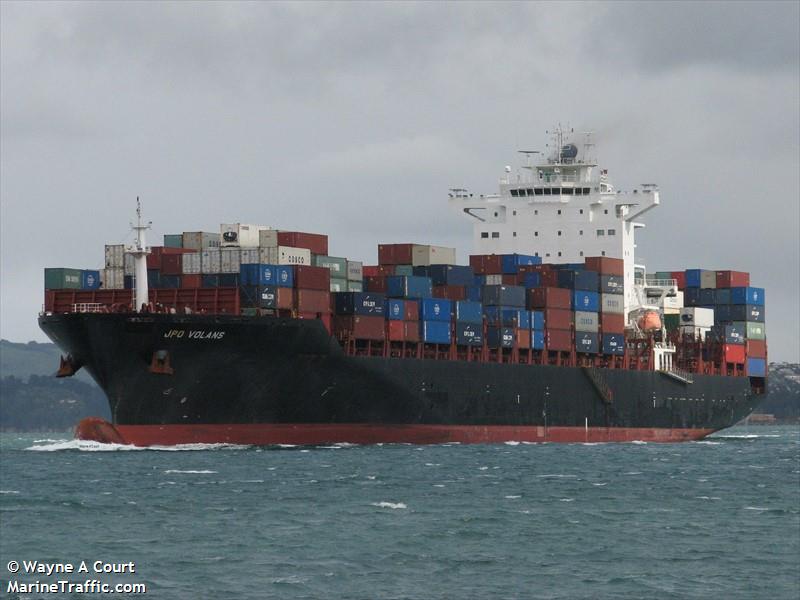 Lagos — Efforts to increase ship traffic at the Eastern ports has received a boost with the successful handling of a containership named ‘ JPO Volans’, is the first gearless vessel and the largest containership ever to visit a seaport in the Eastern part of the country.

The vessel measuring 265 metres in length called at the West Africa Container Terminal (WACT) at the Onne Port Complex, Rivers State.
The Managing Director of WACT, Mr. Aamir Mirza, said the German vessel brought containers to the Onne Port from the Far East. He said it took only 2.75 days to turnaround the vessel.

“This is another major achievement for Onne Port and another testament to our commitment to set new standards and serve our customers better,” Mirza said.

He said WACT was able to handle this gearless vessel by deploying its newly commissioned Mobile Harbor Cranes.

“The key achievement here is our ability to handle larger, gearless, mainline vessels that were considered only suitable for terminals in Lagos. By handling these vessels, we have not only proven to the world that East Nigerian ports are equally capable of handling these large ships but have also improved the profile of Onne port globally. I would like to particularly thank NPA, under the leadership of Madam Hadiza, Port Manager Onne, Onne Harbour Master and Pilots for their support in making this happen.

“With our major investment plans in the pipeline, this will go a long way in improving our capabilities and highlighting same to all our shipping line and landside customers,” the WACT Managing Director said.

The new cranes and other investments effectively brought WACT at par with its peers in Lagos ports in terms of equipment availability and operational efficiency.

“Our vision is to make WACT the best performing container terminal in West Africa. We believe we are on course to realizing this vision in record time with the support of relevant authorities and stakeholders,” Aamir said.

WACT, which is the first greenfield container terminal built in Nigeria under public-private partnership, started commercial operations in 2007 and has become the most efficient Nigerian gateway to markets outside the Lagos area. It has an annual container throughput capacity of 314,000 TEUs, with 375 reefer plugs and a draft of 10.5 meters alongside.