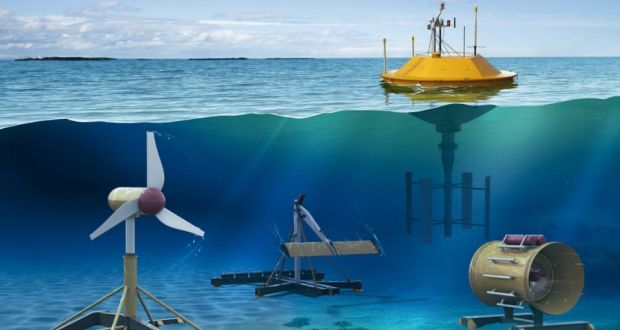 This can be accomplished by involving very large grid projects rather than large numbers of small and medium-sized projects.

With technology often more suited to small and medium schemes not sold on the price of electricity alone, many AWE and marine power developers are pushed into a quixotic battle with large wind turbines, solar farms and to some extent nuclear power. Talk is of getting one gigawatt installed in order to hit necessary price points for grid power and getting huge government grants just when grid solar and wind is ceasing to need them. Test programs of up to 30 years are the order of the day.

However, it is no good scaling up to get one-fifth of the cost if that traps you in markets requiring one-tenth of the cost. A few will eventually succeed if investors stay the course but most will fail. Indeed, at the Big Energy event in Glasgow May 2018, at one of the conferences, a panellist asked about this by IDTechEx replied, “We are on the hook of getting money on the promise of making grid power and now many of us are wriggling to get off”. The former head of the failed Wavestar project said, “We raced to large scale (grid) which was uneconomic and got stuck there.”

The irony is that an increasing number of utilities, such as EON, are reinventing themselves as zero emission mini grid suppliers, even installing and running completely off-grid systems for islands, remote facilities, grid shedders and the like. The good news is that there is now an increasing number of developers of new forms of open water power that are selling systems for specific needs.

All the same, when IDTechEx asked a panel of speakers why there are no Elon Musk fitting desalination units to say 50 kW wave or tidal power systems and towing them to places like Cape Town with severe water shortages, a typical answer was, “but we are only eight people”. There is similar undercapitalisation in Airborne Wind Energy but in both cases there are exceptions and these show us what are the biggest profit opportunities and the biggest opportunities to benefit society over the coming decade. To prove the point, three wave power developers have recently landed orders for systems up to 10MW, several now satisfactorily installed.

Indeed, it is possible to develop and sell wave power units from one watt upwards and tidal power units from about 50kW upwards by going where the benefits such as zero emissions, mobility, little or no visual impact, silence, deskilled infrequent maintenance and so on matter more than cost of electricity or the alternative has very high cost of electricity. Nonetheless, as one IDTechEx interviewee cautioned, “Customers want solutions not machines.” In 2038, those solutions using tidal stream and wave power could attract order of hundreds of billions of dollars yearly. The new IDTechEx report, “Wave, Tidal and Hydro Power 1W-10MW 2018-2038” has the detail.