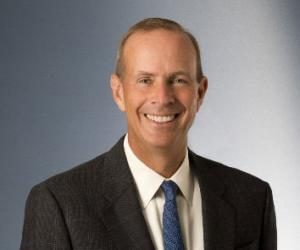 wirth01 May 2018, Sweetcrude, Lagos – Chairman and Chief Executive Officer of Chevron Corporation, Michael Wirth, has said the company benefitted from growing production and higher prices in his reaction to Chevron’s first quarter net income of $3.6 billion.

“First quarter earnings and cash flow improved significantly from a year ago,” said Chairman and CEO Michael Wirth. “We benefitted from growing production and higher prices.” “Our cash flow continues to increase with the powerful combination of expanding upstream margins and volumes,” Wirth added.

He commented further: “Oil and gas production is increasing, most notably in our Gorgon and Wheatstone LNG Projects in Australia, and our shale developments in the Permian Basin where production grew 65 percent from a year ago.” “Upstream volumes are expected to continue to increase in future quarters.

“In the downstream, we reached a significant milestone”.

At peak production, the unit is expected to produce 1.5 million metric tons per year and to be one of the largest and most energy efficient ethane crackers in the world. “In addition, we continue our asset sale programme,” Wirth continued. The company sold its interest in the Elk Hills Field in California in early April and expects to complete the sale of its southern Africa refining, marketing and lubricant assets later in the year.