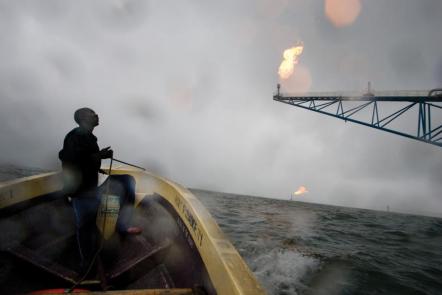 05 May 2018, Sweetcrude, Port Harcourt — A call has been made to all oil and gas stakeholders of various levels not to allow sentiments to stop the passage of every aspect of the Petroleum Industry Bill, PIB.

The Director, Emerald Energy Institute for Petroleum, Energy Economics, Policy and Strategic Studies of the University of Port Harcourt, Prof. Omowumi Iledare, who made the call, said the proposed PIB, which has been broken down into four concomitant parts is clear, transparent with separated roles and accountability.

Speaking at a meeting sponsored by an NGO, Facility for Oil Sector Transformation, FOSTER, on the Nigerian Petroleum Industry Reforms, with the tag ‘understanding the elements of the governance (PIGB) and host community (PHIC) Bills, Prof. Iledare said further delay in the passage of the PIB was devastating.

The University Don explained that the purpose of the meeting is to review, explain and evaluate the rudiments of the PIGB, and to stimulate discussions on the principles and structure of the PHICB among stakeholders in petroleum host and impacted communities.

He added that the PIGB will lead to efficiency in the governance of the oil and gas industry; and also separate the role of the policy maker from the regulator and from the commercial institutions.

According to him, “We must not allow sentiments to stop the passage of the PIB. Nigeria must timely exploit her oil and gas resources to realize maximum value for the rapid development of her economy.

“Roles and accountability are better clarified, governance and transparency strengthened, it will refocus attention to frontier exploration and also abolished ministerial discretional power.

“The PIGB also encourages a single regulator of the oil and gas industry just like NCC for telecommunication, NERC for the power industry and CBN that regulates the financial institutions.

“The PIGB as currently formulated allows a relationship that can promote industry expansion because the regulatory commission is not about regulating alone, it influences decision making in the industry and also enable the industry to optimise the value chain from upstream, midstream and downstream.

“The PIGB also play as a referee among stakeholders which is the industry, the federal government and the society. It attempts to remove political interference in the governance of the petroleum industry, and I think if we allowed it to work, it will deliver what has not been delivered before for the society at large.”

Adigwe said the PHICB will ensure peace and security in petroleum operations, as well as enhance the creation of a Petroleum Host Community Development Trust.

“Annual contribution of an amount equal to five percent of the net profits of the investor accruable from the investor’s operation in the particular license or lease for which the host community development trust established.