‘We struggled for 5percent host community funds in PIB’ – Omo-Agege

Port Harcourt — The Deputy Senate President, Sen. Ovie Omo-Agege, says the push for an increment of the host community funds from 3percent to 5percent in the Petroleum Industry Bill, before it became an Act, was a major struggle. 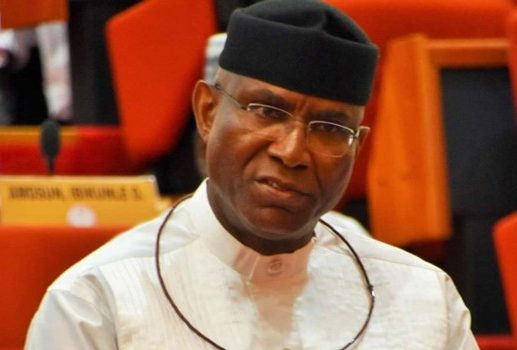 Omo-Agege who is also the Delta State APC Governorship candidate, regretted that oil producing communities in the Niger Delta region were being poorly and unjustly treated.

The lawmaker speaking in Warri during a meeting with The Struggle Platform, a group pushing for improved condition of Ijaws in oil-bearing communities in the Niger Delta, said he was aiming to get a higher percentage than 5percent for host communities in the PUB.

He particularly said that the Ijaws and other oil-producing communities, as goose that lay golden eggs have been abandoned by successive administrations in the state, lamenting that the situation has led to untold poverty and deprivation in the host communities.

“Not too long ago, the issue of the PIB, now PIA came up. And there was a debate as to what should be the entitlement of host communities. As the Deputy Senate President and Leader of the Southern Senators, I had caused a meeting to be held in my house where we took a position that at the very least, we should go for five percent.

“Negotiations this time became very serious. While some of us were fighting that at the very least, we go with the five percent that had been passed in the House of Representatives, they were able to permeate the Senate through some of our leaders who felt that three percent is okay. That we should take three percent first.

“If the House could take it at five percent, why not us in the Senate? I don’t want to mention names but leaders called in to say we should accept it for now; I say this to let you know that we initially aimed even higher than five percent.”

Senator Omo-Agege assured that he would change the narrative and judiciously utilise resources of the state for the benefit of all, if elected governor.