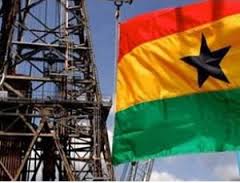 Golar LNG announced the execution of the firm contract to provide West African Gas with the FSRU services, saying they “are proud to be jointly developing Sub Saharan Africa’s first FSRU in partnership with WAGL”.
WAGL is jointly owned by subsidiaries of the Nigerian National Petroleum Corporation, NNPC, with 60 percent and Sahara Energy Resource Ltd with 40 percent.
The joint venture is developing an LNG import project at the port of Tema on the coast of Ghana West Africa with a planned start up in the second quarter 2016.  The FSRU will be moored inside the port at a new jetty being built by WAGL.
The contract will be for an initial period of five years with the option for WAGL to extend for a further 5 years. The contract is for the provision of the 6 million cubic feet (170,000 cubic metre) new build FSRU Golar Tundra which delivers to Golar from Samsung during November 2015.
Golar Tundra will deliver to WAGL in Ghana following some minor modifications to the vessel in Singapore. The EBITDA expected in the first full year of operation is approximately $44 million.
Golar LNG’s CEO, Gary Smith said, “Ghana represents an exciting new business opportunity for Golar. West Africa is becoming an increasingly important region for our business and we are proud to be jointly developing Sub Saharan Africa’s first FSRU in partnership with WAGL.
“We are very pleased that WAGL has entrusted Golar with their FSRU services which again demonstrates our established reputation as a leading operator of floating midstream LNG assets. As this is a five year charter, the vessel will be offered to Golar LNG Partners L.P. (Golar Partners) to acquire providing for another potential acquisition with a new and particularly strong counterparty.”
Umar Ajiya, Manager Director of WAGL, stated that the JV is proud to be part of a project that signposts immense prospect for economic growth and development of the power sector in Ghana.
“This landmark achievement is the first of its kind in Sub Saharan Africa and strategically positions Ghana to be an Energy Hub. By contracting with the best-in-class companies like Golar LNG, WAGL has set clear standards of the highest order and reaffirmed its belief in the sub region as a stable environment for doing business.
“Both NNPC and Sahara remain committed to contributing to projects geared towards socio-economic advancement in all locations they operate in through sustainable partnerships, sm