West Texas pipeline to resume on schedule after spill: company 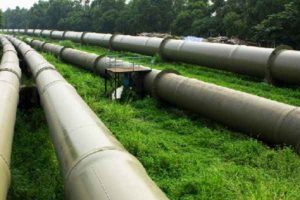 The spill, which began mid-day Sunday, went into Button Willow Creek and then into Canyon Rock Lake during a recent test, Energy Transfer Partners said.

The spill involved an undisclosed amount of water, which contained “a very small amount of residual crude oil,” the Dallas pipeline operator said in an email.

The area has been contained, crews have begun cleaning up the spill and no changes have been made to the pipeline’s maintenance schedule, spokeswoman Vicki Granado said in the email.

The West Texas Gulf Pipeline is owned by Sunoco Logistics Partners LP, which is owned by Energy Transfer. The pipeline runs from Colorado City, Texas, to Longview, Texas, connecting there to the Mid-Valley long-haul pipeline system that transports crude to refineries in the Midwestern United States.