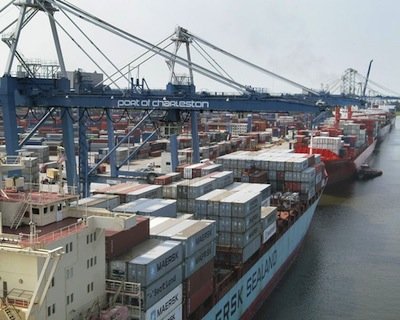 *Stevedoring operations at the Apapa port.

Lagos — There are indications that the confectionary industry will experience a boom in the first quarter of 2021 as the major condiments for bread and other confectionaries, wheat, is leading the import chart with a total of 178,358 metric tons, mts.

Wheat is followed by sugar, another major condiments used by confectioners, with 49,000 mts, while salt took a third position on the chart.

According to the Shipping Position, a statistical document of the Nigerian Ports Authority, NPA, for the month of January 2021, most of the wheat import are due in the country before the end of the month while some of them have already arrived and awaiting clearing and evacuation.

NPA’s Shipping Position document shows the volume of imports into Nigeria through the seaports, the names of vessels conveying these goods, the shipping agencies husbanding the vessels, their berth of discharge and date of arrival.

In the statistical data, about 12 vessels are waiting to be berthed at the Lagos Pilotage District and these are Merkur Ocean, Navios Magnola, Seaspan Felixstowe, Desert Grace, Desert Calm, Desert Oasis, Zim Kingston, NMaersk Cadiff and Chrita Schulte and all these vessels have scheduled to berth at the Apapa terminal of the A. P. Moller Terminal.