Evergreen
Home Uncategorized Why CBN interventions fail to save Naira

Why CBN interventions fail to save Naira 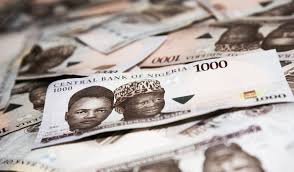 23 August 2017, Sweetcrude, Lagos – Financial experts have diagnosed plausible reasons for the steady depreciation of the nation’s currency in spite of series of interventions by the Central Bank of Nigeria in the foreign exchange market.

The experts said, in separate interviews on Wednesday in Lagos, that a single market rate, among others, was required to reverse the depreciating trend of the naira.

The President, Association of Bureaux de Change Operators of Nigeria, Alhaji Aminu Gwadabe, said an apparent devaluation of the interbank market rate was having a negative impact on the Naira.

Gwadabe noted that investors were uncomfortable with the prevailing multiple rates in the market, adding that multiplicity of rates could engender currency speculation and round tripping.

The expert also said that the demand for foreign exchange by pilgrims was putting the naira in difficulty.

The ABCON chief urged the regulatory authorities to work towards achieving a single market rate.

A financial expert and a BDC operator, Mr Harrison Owoh, said the demands for foreign exchange by pilgrims were far outstripping the supply.

Owoh said that $2000 auctioned to pilgrims on subsidized rate appeared not to meet their needs; hence they had to put pressures on the parallel market for more.

The naira relapsed into depreciation after several weeks of appreciation fueled by the aggressive interventions of the CBN at the foreign exchange market.

The naira had exchanged between N360 and N365 to the dollar for about four months before it started depreciating, exchanging between N367 and N370 to a dollar at the parallel market.