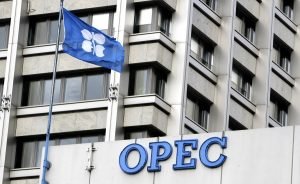 24 June 2018, London — The Organization of the Petroleum Exporting Countries agreed in principle on Friday to raise output enough to match a production target it introduced at the beginning of 2017, but which it has undershot ever since.

Based on compliance in May, only Saudi Arabia has any real scope to add barrels and this would be to the tune of just 60,000 barrels per day, far less than it has said the market requires.

OPEC will need to find a way to allow producers with spare capacity like Saudi to compensate for countries like Venezuela that do not, something Iran, for example, has opposed.

The group gathered in Vienna against a backdrop of calls from the United States, China and India to cool down the price of crude and prevent an oil deficit that would hurt the global economy.

OPEC and partners including Russia and Oman have since last year cut output by 1.8 million bpd. The measure has helped rebalance the market in the past 18 months and lifted oil to around $74 per barrel from as low as $27 in 2016.

The organisation, which agreed to restrict output by 1.2 million bpd, has consistently over-complied, largely thanks to involuntary declines in the likes of Venezuela and Angola, but also to Saudi Arabia, which has cut crude output by more than it had pledged to in order to make up for any members that failed to meet their targets.

Most in the group are now either pumping close to capacity, or are losing barrels involuntarily on a daily basis.