18 August 2015, Lagos – Other than Nigeria’s plummeting finances, oil companies in the country’s oil and gas sector, as is the case with oil producers worldwide, have been forced to scale down on investments, slash their budgets and lay off staff as plunging oil prices takes a toll on crude oil exporting countries and industry operators. 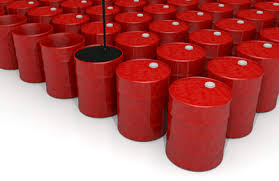 A report by the London-based Financial Times (FT) yesterday also showed that for smaller oil firms, better known as independents, to survive, a new wave of industry consolidation is inevitable, as they struggle to remain afloat.

Inadvertently, the report brought to the fore the need for the Central Bank of Nigeria (CBN) and Nigerian Deposit Insurance Corporation (NDIC) to undertake another stress test on Nigerian lenders, which lent heavily to several local firms during their acquisition spree of oil assets sold by the international oil companies (IOCs).

According to FT, dozens of small oil companies are limping along, labouring under heavy debts and dwindling cash flows.

Brent crude has more than halved since June last year, with the slide accelerating after the Organisation of Petroleum Exporting Countries’ (OPEC) decision last November not to cut output, despite a US supply glut and weaker than expected demand in Asia.

Energy companies have laid off an estimated 70,000 workers and scrapped projects worth billions of dollars, especially in high-cost areas such as Canada’s oil sands and the deepwater fields of the Gulf of Mexico.

The low oil price is reshaping the industry landscape: it drove Royal Dutch Shell’s $55 billion takeover of smaller rival BG Group, and triggered the fall of Nigeria-focused oil explorer Afren, which entered administration last month.
Venezuela, a country whose crude oil accounts for 96 per cent of export revenues, and that loses $700 million for every dollar drop in the oil price, typifies the difficulties oil exporters face.

Amid slumping revenues, its cash reserves now stand at a 12-year low of $15.4 billion, according to the CBN data, and there are fears that the coffers could run empty in the first quarter of 2016.

Nigeria is only slightly better off with foreign exchange reserves at slightly over $31 billion, covering five months of imports.

But even Canada, a much wealthier country, is being squeezed. Economists are scaling back forecasts of future production, and Fort McMurray, the Albertan boomtown that was once nicknamed “Fort McMoney”, is seeing leaner times, with workers laid off and projects shelved. Unemployment in Alberta’s oil sands has doubled and councils are cutting their budgets.

But it is not all bad news. Lower oil prices have benefited consumers, leading to lower petrol prices. The windfall is worth more than $200 billion for the US, Eurozone, UK and Japan, according to a report by Capital Economics in May, although so far there is little evidence that consumers are spending much of their spare cash.

However, in the US, sales of petrol guzzlers such as sports utility vehicles (SUVs) are up, and the country is seeing something of a renaissance in motoring.

According to FT, the world’s big energy groups have shelved $200 billion of spending on new projects. Wood Mackenzie, the energy consultancy, says that companies have deferred 46 big oil and gas projects with 20 billion barrels of oil equivalent in reserves, which is more than Mexico’s entire proven holdings.
Wood Mac says that the number of major upstream projects expected to be fully approved during 2015 could probably be counted “on one hand”.

Saudi Arabia, which drives OPEC’s policy, is determined to preserve market share and squeeze high-cost rivals, and is pumping crude at record levels to achieve those goals.

But a long period of low oil prices could play havoc with its public finances. Saudi officials say it is well insulated, and it has a huge buffer in the form of foreign exchange reserves, which peaked at about $800 billion in mid-2014.
But it is burning through them fast: they dropped by $36 billion in March and April alone. The kingdom is now trying to relieve the pressure on its finances by returning to the bond market, with a plan to raise $27 billion by the end of the year.

Bankers say that its central bank has been sounding out demand for an issuance of about SR20 billion ($5.3 billion) a month in bonds for the rest of the year.
As the lower oil price begins to bite, US shale producers, particularly those with weak balance sheets, could become targets for larger companies.

Goldman Sachs says that those that could be vulnerable include US independent oil firms Continental Resources, EP Energy and Halcón Resources, whose leverage (net debt as a percentage of capital employed) is predicted to reach 61 per cent, 49 per cent and 61 per cent respectively next year.

So far M&A involving US shale has been sluggish: most companies with good positions in places such as the Bakken in North Dakota are not yet under the financial strain that would force them to seek a buyer at a knockdown price. Analysts say that the longer oil prices stay low, the more likely that is to change.

One of the worst affected parts of the oil patch has been Alberta, home to Canada’s oil sands industry. Capital spending by the Canadian oil and gas industry will total C$45 billion (US$34.5 billion) this year, 40 per cent lower than 2014.

As a result, forecasts of future output growth are being scaled back. The Canadian Association of Petroleum Producers estimates that Canada will pump 5.3 million barrels a day (b/d) by 2030, a big drop from last year’s forecast of 6.4m b/d.

However, the plunge in the crude price has led to big savings for American consumers. Petrol is now selling at an average of $2.75 a gallon, which is 72 cents below its level a year ago.

US car sales are also humming, hitting annualised rates of more than 17 million in May and June, their highest levels since 2005, according to Motor Intelligence, a data provider. This has been propelled by bumper sales of SUVs and pick-up trucks.

The result: the US is experiencing a motoring renaissance. The distance that the average American travelled by road last year rose for the first time since 2005.
When the oil price began its plunge last year, some said that it would have a chilling effect on investments in alternatives to fossil fuels. But that has not happened.

Analysts say that is understandable: oil is used to generate just 5 per cent of the world’s electricity globally, according to the International Energy Agency (IEA), so it does not compete directly with wind, solar or other renewable sources of power.

Unsurprisingly, as low oil prices hit harder on oil exporting countries, Angola has followed in the footsteps of Nigeria by imposing foreign exchange restrictions on the country.

But unlike Nigeria, which banned some imported items such as rice from accessing foreign exchange and introduced a rash of measures such as stopping dollar deposits in domiciliary accounts and limiting hard currency and local currency withdrawals, Angola has chosen a different route.

It’s central bank governor announced a limit on what foreign investors can repatriate, as regulators seek to prop up an economy weakened by a sharp drop in crude prices, reported Reuters.

Under new laws made public late on Monday, foreign firms investing in strategic sectors, which exclude the country’s dominant oil industry, would also have to sign up a local partner.

Africa’s second largest crude producer is struggling to prop up its economy after a halving of oil prices last year sapped dollar inflows, dented the local currency, hampered public finances and prompted huge government borrowing.
Angola’s central bank devalued the local currency, the kwanza, by 6 per cent in June, taking the currency’s losses against the dollar to around 23 per cent this year. Economists believe currency weakness will trigger another devaluation in the coming months.

The new Private Investment Law was passed by Angola’s parliament on August 11 but details were initially not made public.

De Morais earlier told the state television that companies operating in Angola and citizens should reduce their “foreign currency needs” by 50 per cent. It was not clear if this was part of the new investment law.

The new law will require foreign companies to run operations from an Angolan bank, de Morais said, a measure experts believe is aimed at monitoring firms which regularly report losses, meaning they don’t have to pay taxes.

Investors in “strategic sectors”, including telecoms, electricity, construction, water, technology and transportation, will need to give a local partner at least a 35 per cent share in the business, the legislation also stated.

Foreign oil majors including ExxonMobil, Chevron, BP, Total and Eni all have large operations in Angola. Portugal, once the colonial ruler in Angola, also plays a major role in the economy.

Standard & Poor’s lowered its credit outlook on Angola to negative last week, indicating it may cut its credit rating on sub-Saharan Africa’s third largest economy if things do not improve.

Meanwhile, the Group Managing Director (GMD) of the Nigerian National Petroleum Corporation (NNPC), Dr. Ibe Kachikwu, has restated his resolve to usher in a new dawn of transparency through the periodic publication of the corporation’s financial transactions and its finances, insisting that transparency must be the watchword of every staff in the new NNPC.

Kachikwu, who stated this at his maiden town hall meeting with the staff of the corporation at NNPC’s head office in Abuja, said the new NNPC of his dream is a corporation anchored on the foundation of transparency.

A statement by its spokesman Ohi Alegbe said Kachikwu charged the staff to break away from the old culture and bring creative solutions to the numerous challenges facing the corporation.

The GMD said with the kind of change he has in mind, the staff could not afford to continue with business as usual.

He challenged the staff not to obey any directive from him or any superior officer that runs contrary to the rules, adding that President Muhammadu Buhari would not ask him to do anything shady just as he himself would not ask any staff to carry out any unlawful duty.

“I want transparency. Beginning from next month, I want to be able to publish what the company makes. I have told the president that as from next week I will be sending him weekly reports,” he said.

Speaking further on the culture of transparency, he said it should begin with
establishing the current financial status of the corporation and that he would sign on auditors “to do a proper forensic audit to tell us where we are”.

He promised to revisit old processes that used to make for efficient operations, adding that the staff should see themselves as the drivers of the changes required to bring about the new NNPC.

He said the change would be anchored on three key issues of people, processes and profit, adding that the people element was key to the success of the other two elements which was the reason personnel motivation was dear to his heart.
Kachikwu also dismissed reports that he intends to sack 1,000 personnel of NNPC, adding that nothing could be farther from the truth, as he needed quality staff to drive the processes and business in the new NNPC.

Speaking on behalf of members of the Petroleum and Natural Gas Senior Staff Association (PENGASSAN), Mr. Francis Johnson pledged the readiness of the NNPC staff and the GMD to achieve the federal government’s reform agenda for the corporation and the oil and gas industry at large.

Echoing the position of PENGASSAN, Mr. Igwe Achese, President of the National Union of Petroleum and Natural Gas Workers (NUPENG), said that as a group, the union has implicit confidence in the ability of the new GMD to deliver on Buhari’s reform agenda in the oil and gas industry.