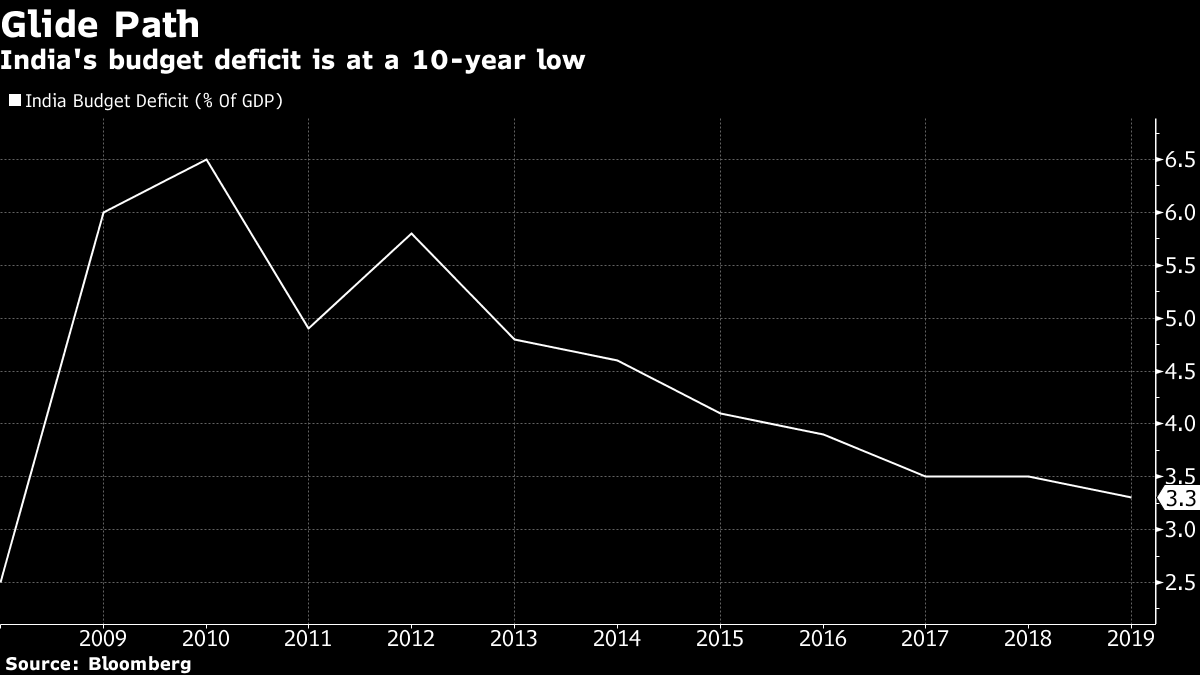 While governments in Indonesia, Brazil and elsewhere are cutting or freezing prices, India is standing its ground on gasoline and diesel costs even after they rose as much as 16 percent this year.

India has, so far, resisted the temptation to give relief to consumers and keeping a close watch on fiscal deficit goal, a move that helped Prime Minister Narendra Modi win a credit-rating upgrade from Moody’s Investors Service last year. The upshot is an acceleration in inflation that would worry an already-hawkish central bank.

Authorities “have been very firm” on sticking to reform measures to allow domestic prices to be market determined, said Vikas Halan, a senior vice president at Moody’s in Singapore. “It doesn’t look like the government is thinking about bringing back some kind of price regulations.”

Inflation has picked up sharply this year on the back of higher fuel prices, prompting the central bank to raise interest rates last month. Data on Thursday showed consumer prices rose 5 percent in June from a year ago, the fastest pace in five months.

Modi is seeking to narrow the budget deficit to 3.3 percent of gross domestic product in the fiscal year ending March 2019 from 3.5 percent in the previous year. To do that, he needs to preserve tax revenue from fuel levies and keep spending under control, a commitment that becomes more difficult to stick to as attention shifts to elections next year.

Fickle Reforms
India has a history of going back on fuel reforms, a reason why investors still worry about the government missing its deficit targets. In April 2002, a coalition government led by the Bharatiya Janata Party allowed India’s state-run refiners to set retail prices twice a month, only to bar them shortly before elections in 2004.

The next government reinstated price regulation until mid-2010, before freeing gasoline prices and allowing a staggered adjustment of diesel rates. Only in October 2014 — when oil was cheap — did Modi scrap controls on diesel prices.

There’s reason for concern as elections near. Fuel retailers froze gasoline and diesel prices for three weeks earlier this year, coinciding with elections in a southern state.

“When energy prices are rising fast just ahead of a key election, there can be a temptation for governments to try to stabilize fuel prices,” said Kim Eng Tan, a sovereign analyst at S&P Global Ratings. “We have seen this behavior in various jurisdictions around the world.”

For now, Oil Minister Dharmendra Pradhan has given assurances that the government won’t roll back policy reforms, saying in June there’s no question of reviewing the deregulation of fuel prices.

With the general election usually held in phases and typically lasting a month, oil retailers would have to bear the cost of price-freezes if crude continues to climb. Oil is trading near the highest levels since 2014 as output disruptions and impending sanctions on Iran raise concerns of a global supply crunch.

“For a short-term basis, we have been doing it to avoid very sharp fluctuations in the retail price,” Sanjiv Singh, chairman of nation’s biggest refiner Indian Oil Corp., said in an interview, referring to the price freeze that coincided with polls in Karnataka state. “But on a consistent, long-term basis or to absorb this sustention, probably I don’t think the companies have that kind of margin available with them.”