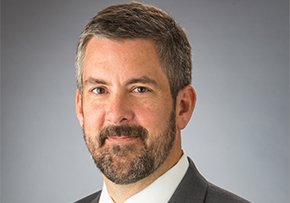 25 April 2018, Houston, Texas – ExxonMobil says it has renewed its support for local and global organisations committed to ending malaria around the world. This year’s grants total $7.36 million and will continue the company’s longstanding commitment to reducing the global burden of malaria, a disease that still leads to an estimated 445,000 deaths annually despite being preventable, treatable and curable.

The company said in a statement from its Irving, Texas corporate headquarters that its malaria initiative helps to advance progress against the disease by working with nonprofit partners to build health system capacity, further malaria education, advance research and development, improve access to tools for prevention and treatment and support rising global health leaders.

“Investing in the next generation of leaders is crucial to winning the fight against malaria,” said Kevin Murphy, president of the ExxonMobil Foundation. “We recognise the importance of supporting and inspiring young scientists, health workers and decision-makers to drive progress toward ending this deadly disease.”

Since 2000, ExxonMobil has partnered with the world’s leading global health organisations to reach more than 125 million people with the tools and training they need to fight malaria. ExxonMobil has invested a total of $170 million in malaria programmes, supporting the delivery of 14.4 million bed nets to prevent mosquito bites, the administration of 4.7 million antimalarial treatments and the distribution of over 3 million rapid diagnostic kits. The company has also supported the training of nearly 650,000 health workers.

Atai Okokon, an alumna of the ExxonMobil Global Health Scholar programme at the University of Oxford, has benefited from ExxonMobil’s programmes and is using her training to combat the disease back home in Nigeria.

“I decided to pursue a degree in global health because I wanted to be a leader and change the world,” she said. “As a pharmacist and a public health advocate, I use the knowledge that I gained at Oxford to defeat malaria in Nigeria.”