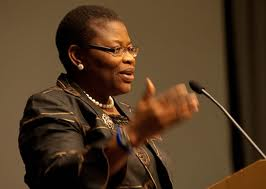 Ezekwesili spoke while delivering the Convocation Lecture of the University of Nigeria, Nsukka, UNN. She noted that Nigerians had lost dignity because of ravaging poverty arising from poor choices of the elite, corruption and lack of investment in education.

Recalling that Nigeria had enjoyed five cycles of oil boom since independence, Ezekwesili decried the failure by the leadership to convert oil income to renewable assets through the development of human capital and other sectors through investment in foreign assets as other resource-rich countries did with their oil income.

Her words: “The present cycle of boom of the 2010s is, however, much more vexing than the other four that happened in the 70s, 80s, 90s and 2000s. This is because we are still caught up in it and it is more egregious than the other periods in revealing that we learned absolutely nothing from the previous massive failures.

Nigeria learnt nothing from past failures
“This is because we are still caught up in it and it is more egregious than the other periods in revealing that we learned absolutely nothing from the previous massive failures.”

The former minister lamented “the squandering of the significant sum of $45billion in foreign reserve account and another $22billion in Excess Crude Account being direct savings from increased earnings from oil that the Obasanjo administration handed over to the successor government in 2007.

“Six years after the administration I served handed over such humongous national wealth to another one most Nigerians but especially the poor continue to suffer the effects of failing public health and education systems as well as decrepit infrastructure and battered institutions.

“One cannot but ask what exactly does this level of brazen misappropriation of public resources symbolize? Where did all that money go? Where is the accountability for the use of these resources and the additional several hundred dollars realized from oil sale by the two administrations that have governed our nation in the last five years? How were these resources applied or more appropriately misapplied? Tragic choices.”

Ezekwesili, who was a founding director of Transparency International and also, former Minister of Solid Minerals and later Education however, asked graduating students of UNN and other educated young people to become the Turning Point generation of young and educated Nigerians willing to make the right choices by serving or having a say in political affairs of the country.

She stressed that sorting out the “Nigerian political mess” is critical as there is a strong correlation between politics and economic development.

According to her, university graduates accounted for 4.3% of Nigeria’s youthful population in 2013, a slight increase from the 3% when she graduated in 1985. She pointed out that this figure compared unfavourably with opportunity for university education in other countries put at 37.5% in Chile, 33.7% for Singapore, 28.2% for Malaysia and 16.5% in Brazil.

Education and development
Ezekwesili linked Nigeria’s poor capital formation to the low development of its people through education. “Our lag in tertiary education enrolment is quite revealing and could be interpreted as the basis of the competitiveness gap between the same set of countries and Nigeria. The countries with the most highly educated citizens are also some of the wealthiest in the world in a study by the OECD published by the Wall Street Journal last year.”

The former Minister added: “The appropriate response to the revenue extracted from our oil over the period 1959 to date would have been to use it in accumulating productive investment in the form of globally competitive human capital and physical asset of all types of infrastructure and institutions. Such translation from one form of non-renewable asset to renewable capital would have been the right replacement strategy for a wasting asset like oil. Unfortunately, unbridled profligacy has made us spend and continue to spend the free money from oil like a tragic Rentier state that we are called in development circles.

“Resource wealth has tragically reduced your nation –my nation – to a mere parable of prodigality,” stressing that “Nothing undignifies nations and their citizens like self-inflicted failure. Our abundance of oil, people and geography should have worked favourably and placed us on the top echelons of the global economic ladder by now.”

She said that it was up to the younger generation to restore the dignity of Nigeria by making the right choices to lift the nation out of poverty.

Furthermore, describing Nigeria as “a paradox of the kind of wealth that breeds penury,” the former World Bank Executive said “the trend of Nigeria’s population in poverty since 1980 to 2010 suggests that the more we earned from oil the larger the population of poor citizens.”

Ezekwesili advocated a new vision for Nigeria, expressed simply as “we believe in dignity,” pointing out that the resurgence of entrepreneurial spirit based on hard work and sound education were critical factors to changing Nigeria.

“For Nigeria’s dignity to be restored your generation must build a coalition of young entrepreneurial minds that are ready to ask and respond to the question. What does it take for nations to become rich? Throughout economic history, the factors that determine which nations became rich and improved the standard of living of their citizens read like a Dignity Treatise in that they all revolve around the choices that ordinary citizens made in defining the value constructs of their nation”.

The 42nd Convocation ceremonies of the UNN commenced, yesterday, with the Convocation Lecture and the Prize and Awards night for distinguished graduands.

About 18,150 first degree holders would receive their certificates today, while higher degrees and honorary awards would be celebrated tomorrow and conferred on 1, 730 recipients. There are 116 First Class Honours recipients while 195 will receive Doctorate degrees.