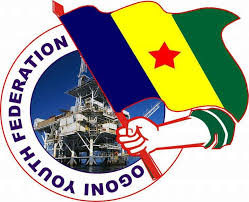 Port Harcourt — The Ogoni Youths Federation, OYF, has invoked the Freedom of Information Act, on the Niger Delta Development Commission, NDDC, over alleged misappropriation of N100million released by the agency to youths of the region as palliatives for COVID19.

This is as NDDC, had disclosed that it will commit over N1billion to aid the 27 senatorial districts across the region in setting up isolation centres, medical supplies and other palliatives against COVID19

But recently, many youth groups in the region have come out to accuse the Interim Management Committee of NDDC, of diverting the N100million it had released for Niger Delta youths as palliative for the COVID19 pandemic, especially since no youth group in the region has admitted receiving the money.

To this end, the President of OYF, Mr. Legborsi Yamaabana, has requested the Acting Managing Director of NDDC, Prof. Kemebradikumo Pondei, to make public every details regarding the N100 Million released by the agency to Niger Delta youths as palliative for COVID-19.

Yamaabana, under the power of the FOIA, is requesting the NDDC to a give a list of all beneficiaries of the said palliative and their LGA of origin, the total sum spent and unspent with bank details, as well as list of beneficiaries in Ogoniland.

He warned that failure of the Acting Managing Director of NDDC to respond to the FOIA request within seven days, would result in civil action, in line with the reliefs enshrined in the Act.

“Pursuant to sections 1(1) and (2) of the FOIA 2011 Laws of the Federal Republic of Nigeria, we the Ogoni Youths drawn from the seven Kingdoms which form the constituent unit of the Ogoni Nation, write to request for information regarding the N100 Million released by Niger Delta Development Commission to Niger Delta youths as palliative for Covid-19 pandemic as follows:

“List of all beneficiaries of the said palliative to wit: Their names, States of Origin, local government areas and other necessary particulars; The sum spent on each of the beneficiaries; The total sum spent on the program.

“List of all those that benefited from Khana, Gokana, Tai and Eleme Local Government Areas of Rivers State containing their names and local government of origin;

“Ogoni Youth Federation wish to draw your attention to section (4) of the Act which requires that you provide this information within seven days of the receipt of this request.

“After the expiration of seven days of the receipt of this letter and the above request is not granted as required under the Act, we shall mobilize our rank and file and proceed with plethora of actions including to initiate a civil action seeking adequate reliefs under the Act, compelling your Commission to comply with the provisions of the law and amongst others.”