Zambia hikes mining taxes in 2019 budget to rein in debt 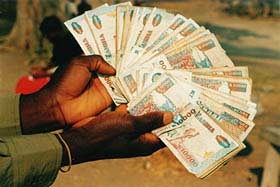 29 September 2018, Lusaka — Zambia will introduce new mining duties and increase royalties to help bring down mounting debt, the finance minister said in a budget speech on Friday, as crowds outside protested about alleged government corruption.

Delivering a 86.8 billion kwacha ($7.1 billion) budget in parliament, Margaret Mwanakatwe pledged to bring debt down and to trim the fiscal deficit to 6.5 percent of gross domestic product (GDP) in 2019 from 7.4 percent this year.

The economy of Africa’s No.2 copper producer was expected to grow by at least 4 percent in 2019, around the same as forecast for this year, she said.

“We are tired of hearing about scandal after scandal concerning the misuse of our national resources,” said Laura Miti, one of the protest organisers.

Concerns about Zambia’s rising debt, accusations of additional hidden borrowing, and of government corruption, have spooked investors and Western donors in recent months.

Britain and Finland froze funding to Zambia this month on suspicion that $4 million they channelled into a social welfare scheme may have been misused.

The International Monetary Fund has put talk of an aid package with Zambia on hold due to the country’s unsustainable debts.

To help tackle debt, Mwanakatwe announced plans to increase the country’s sliding scale for royalties of 4 to 6 percent by 1.5 percentage points and introduce a new 10 percent tax when the price of copper exceeds $7,500 per tonne. The scale is adjusted so royalties are paid at higher levels as commodity prices climb and are reduced as prices fall.

A new 15 percent export duty on precious metals, including gold and gemstones, will be introduced, while copper and cobalt concentrate imports will incur a new 5 percent levy.

The tax hikes will go down badly with mining companies, including First Quantum, Glencore and Vedanta Resources, which have frequently clashed with the Zambian government over rising operating costs.

“As mineral resources are a depleting resource, it is vital to structure an effective fiscal regime for the mining sector to ensure that Zambians benefit from the mineral wealth our country is blessed with,” Mwanakatwe said.