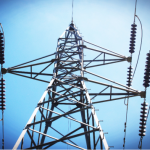 Harare — Zimbabwe’s largest hydroelectric plant, Kariba Dam, will suspend output in 14 weeks if water levels continue to fall at the current rate, the energy minister said on Thursday, paving the way for deeper power cuts in the country.

The southern African nation has endured its worst rolling power cuts in three years, and although its mines have been spared so far, analysts say the cuts will hurt economic revival efforts.

Shortages of foreign currency have hampered Zimbabwe’s ability to import fuel – the country owes foreign suppliers $200 million – and led to shortages of medicines in hospitals.

Fortune Chasi told a committee of parliament that power blackouts lasting up to 10 hours could not be avoided as Zimbabwe is producing 1,100 MW a day compared with demand of 1,500 MW.

Demand will increase during the winter peak period, he said, adding to the pressure on the grid. The country required $96 million to import more than 200 MW from regional suppliers like South Africa’s Eskom and Mozambique’s Hydro Cahora Bassa and Electricidade de Moçambique, said Chasi.

He said Zimbabwe owed the utilities $70 million for previous imports.

“There is no guarantee that there will be water, what we are seeing is a southward movement in water levels at Kariba. If the trend goes like that, we will probably say just after 14 weeks Kariba will not generate any megawatts,” Chasi said.

Kariba, the largest electricity producer in Zimbabwe with a capacity of 1,050 MW, is generating less than a third of that due to low water levels caused by a severe drought.

Zimbabwe commissioned an additional 300 MW at Kariba last year, its biggest investment in electricity in more than 25 years, but a lack of investment is blamed for the current power shortages.

The companies still ship fuel to Zimbabwe but keep it in bonded storage on the outskirts of the capital Harare, and it is only released to oil firms once they have paid in dollars.

Also Read: Electricity workers back Gov. Wike on the recovery of power plants

Zimbabwe has experienced fuel shortages since September, forcing motorists to queue for hours to fill up.

“Fuel queues are an eyesore, we don’t want to see them. The fuel situation is a symptom of a bigger problem in the economy,” Mangudya said.

Mangudya said the central bank had in the past two weeks issued $115 million in letters of credit to oil companies to import 170 million litres of fuel, enough to last just over a month.