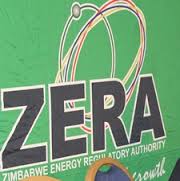 Zera chief executive officer Gloria Magombo told journalists at a breakfast meeting on Friday that the authority was monitoring the prices of fuel on a weekly basis with a view to have them reduced.

“We are agreeing with you that the prices should go down. We should still get a reduction of fuel prices in the coming year. We are going back every week (to fuel retailers) and we ask for invoices. That is why prices are going down,” she said.

Magombo said the price of fuel should go down to around US$1,32 per litre.

She also asked journalists to take the initiative and ask the fuel operators to reduce their prices so that everyone in the economy benefits from the decline in oil prices.

Magombo said the reason why the regulator had failed to set prices for fuel was because government no longer bought fuel as it used to do in the past. In the past National Oil Company of Zimbabwe used to import fuel on behalf of government, so it was easy for the government to set prices.

She said things had now changed as fuel operators procured their fuel from different sources. As such, it was the invoices that were now used to determine the prices.

Magombo said most of the fuel that was on sale now would have been procured before the prices went down internationally which meant the prevailing price reduction could not be felt immediately.

She said since 2009 the pricing formula had not been changed and most operators were using a 4% mark up but now it had gone up to 7% due to the fall in prices.