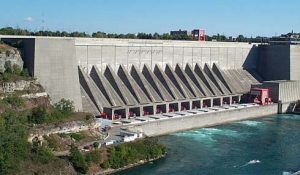 The 700-megawatts (MW) project’s initial completion date is expected towards the end of 2019.

According to him, the project when completed would not only increase power generation but equally improve the economic activities of host communities.

Owoeye stated that agricultural activities of the region would be enhanced as the dam would provide irrigation for all year farming.

The Zungeru Hydro Power Plant is a joint project of the Federal government and the Chinese government at a financial contribution ratio of 25/75 per cent respectively.

Owoeye however noted that unless the National Assembly approved the funds appropriated for the dam the project might be delivered.

On his part, the project’s local content representative, Mustapha Yerima, said the relationship with the community has improved as 36 settlements had been planned for the inhabitants of the affected community.

According to him, the settlements would have schools, healthcare centers, markets, and water facility.