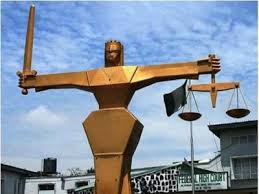 18 May 2018, Sweetcrude, Lagos – An Italian court has adjourned trial of Eni and Shell officials involved in the $1.1 billion Malabu scandal till June.

The trial which started in Italy on Monday was adjourned to June 20, allowing the court to assess requests from third parties, including suits filed by international non-profit organisations, to join the case at the next hearing.

Reuters reports that at Monday’s hearing Domenico Schittar, a lawyer representing the Nigerian government, said he was stepping down from his role.

According to his comments in a signed document seen by Reuters, Mr. Schittar said he had given up on a mandate which he said had become “awkward”.

The oil block was later assigned to Eni and Shell under alleged corrupt circumstances.

Shell and Eni currently hold the license and are pursuing a $13.5bn investment plan to develop the oil field. The companies have been dogged by corruption allegations around their 2011 deal to buy the block and are facing an unprecedented bribery trial which is scheduled to start in Italy on May 14. No company as large as Royal Dutch Shell has ever stood trial for bribery offenses.

The criminal case brought by the Milan Public Prosecutor alleges that $520 million from Shell and Eni’s payment for the 2011 deal was converted into cash and intended to be paid to the then Nigerian President Goodluck Jonathan, members of the government and other Nigerian government officials. The prosecutor further alleges that money was also channeled to Eni and Shell executives with $50 million in cash delivered to the home of Eni’s then Head of Business for Sub-Saharan Africa, Roberto Casula.

For years, Shell had claimed that it only paid the Nigerian government for the oil block. But after the joint investigations of Global Witness and Finance Uncovered, Shell confessed it had dealt with convicted money launderer and former oil minister Dan Etete. Etete had awarded the OPL 245 oil block to his secretly owned company, Malabu, while serving as oil minister.

Regarding the allegations against Eni’s CEO, the company has said “Eni’s Board of Directors has reaffirmed its confidence that the company was not involved in alleged corrupt activities in relation to the transaction. The Board of Directors also confirmed its full confidence that chief executive Claudio Descalzi was not involved in the alleged illegal conduct and, more broadly, in his role as head of the company. Eni expresses its full confidence in the judicial process and that the trial will ascertain and confirm the correctness and integrity of its conduct.”

Two weeks ago, Nigeria’s former Attorney-General, Bello Adoke, has admitted to knowing that the deal was a scam.
He made the acknowledgment on a newly surfaced recorded telephone conversation in court, saying the deal was a “presidential scam”.
In the latest material, the recorded telephone call was placed by Carlamaria Rumor of RAI Television in Italy.
Adoke played a major role in the corruption deal which led to transfer of billions of dollars into accounts of his accomplices both in Nigeria and in other countries.
The audio which was filed before a Milan court has been accepted as an exhibit.
In the 1hr 17 mins conversation held on November 5, 2015, Mr Adoke appears to be telling Ms Rumor that Dan “Etete collaborated with some Italian oil workers” to “divert some funds to foreign accounts” in an “illegal” move that “betrayed” the agreement which the Nigerian government had with Italian oil giant Agip-Eni and Royal Dutch Shell on the one hand and Malabu Oil and Gas on the other.
Adoke, AGF from 2010-2015, admitted that Mr. Etete, an ex-convict, was actively involved in the talks held between Nigerian government officials representatives of Agip-Eni, Shell, and other players.
This indicates that Mr. Adoke recognised Mr. Etete as the owner of Malabu Oil and Gas and dealt with him accordingly, thereby sidestepping Mohammed Abacha and other beneficial owners of the controversial oil firm.
A few years before the deal, Mr. Etete, former petroleum minister, had been convicted in France for money laundering, with the ‎French appeal court upholding the judgment.
In negotiating with Mr. Etete, Mr. Adoke apparently ignored his criminal past and other red flags raised about him and Malabu to authorise the deal.
The audio also marks the first time Mr. Adoke, at large for over two years now, would appear to be admitting personal knowledge of the unspeakable corruption that went down in the depletion of the $1.1 billion which Agip-Eni and Shell paid to the Nigerian government for onward transmission to Malabu Oil for the purchase of OPL 245 oil field in offshore Nigerian waters.
The development comes barely three weeks after the Abuja Division of the Federal High Court ruled that Mr. Adoke could not be held liable for some presidential powers he exercised while the Malabu Oil deal was being perfected between 2010 and 2011.