13% derivation should no longer to paid to governors — Enang

on: September 23, 2020In: Community Development, featured 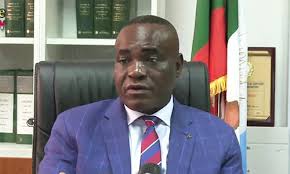 Abuja — Senior Special Assistant to the President on Niger Delta Affairs, Senator Ita Enang, Wednesday, accused state governors of misapplying the 13 per cent Derivation fund to the detriment of oil and gas producing communities and the development of the Niger Delta.

Enang stated that as a result of the long years of neglect of the Niger Delta, it was time the allocation be revisited to ensure the restoration of lasting peace and development of oil-producing communities.

He insisted that the allocation of the 13 per cent Derivation Fund to the governors of oil-producing states is fueling under-development and destabilizing peace in the Niger Delta region.

Enang stated this Abuja, when members of the Host Communities of Nigeria, Producing Oil and Gas, HOSCON, visited his office to present a paper on the 13 per cent Derivation Fund and other issues bordering on the development of oil-bearing communities.

He noted that even the Revenue Mobilisation Allocation and Fiscal Commission, RMAFC, had considered, examined and concluded that the 13 per cent derivation fund is exclusively for the host communities and that there is a misapplication and misdirection of the fund.

He said: “From the content of Section 162 of the 1999 constitution, it can be seen the natural resources are located in the different communities that host the resources, not in the state capitals or government houses of the respective states.

“Therefore, it would be inappropriate for the state governors to take the 13 per cent derivation money and apply it only for either building new governors’ lodge, buying private aircrafts; increasing the number of vehicles in their convoys or doing any other things which are sometimes obscene, making the oil-producing communities angry and forcing them to disrupt crude oil and gas production.

Enang stated that it was necessary that concrete steps be taken at the federal level to redeem the oil-bearing communities from squalor that they are faced with, noting that over the years, governors of the Niger Delta region had treated derivation funds the way they treated local government allocation

He said: “What ought to be done now is that the money is not given to the respective states. The governors should take the same allocation as other states of the Federation, which is the statutory allocation, taxes and Value Added Taxes, VAT; but the derivation should go for the development of the oil-producing communities; through special purpose vehicles to be created.

“Since we have seen the way and manner the governors had utilized the 13 per cent Derivation Fund, I think it is time we go back and obey the provisions of the Constitution and cause that these monies be used for the development of oil and gas producing communities directly for their development, so that this affliction would be arrested.

“If we do that, the monies we are spending on Operation Delta safe, spending on guarding oil and gas assets; spending on quelling unrest and ensuring security would be saved.”

Also speaking, Chairman of HOSCON, Dr. Mike Emuh, lamented that oil and gas bearing communities had been consistently denied their rights in the area of the 13 per cent Derivation Fund, stating that payment of the money to the states was against the law.

He bemoaned the fact that over the last 15 years, about N20 trillion had been allocated to oil and gas producing states without any form of accountability from the governors and concrete development in the Niger Delta region.

He appealed to Ita Enang to help escalate the demands of HOSCON in the area of the derivation fund, as well as in the area of ensuring the setting of a trust fund for the management of the gas flare penalty money and the award of pipeline surveillance and protection contracts to host communities.