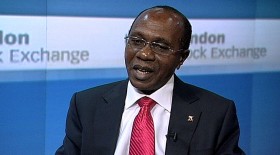 According to a report from the Country Representative, Nigeria of The Banker magazine, Mr. Kunle Ogedengbe, at the weekend, this year’s ranking saw the return of Union Bank to the league of top global banks.

These movements according to analysts, was a good sign of the improvements of the soundness of the Nigerian banks among the world global banks and the robust monetary policies of the Central Bank of Nigeria, CBN.

Ogedengbe stressed that the ranking was usually based on the definition of Tier–1 Capital as set out by Basel’s Bank for International Settlements, BIS, and that it aimed to show global international banks’ soundness in relation to the Basel guidelines on capital adequacy.

He further explained that the percentage change in the Tier-1 Capital, which underlined the strength of banks, for Zenith Bank increased by 23.82 per cent, the highest in the wholly Nigerian banks that made the ranking.