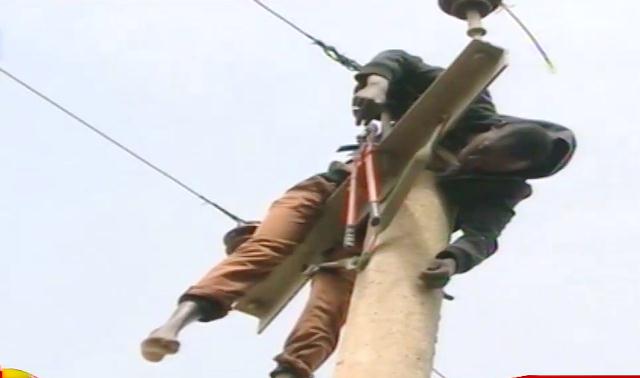 Oscarline Onwuemenyi
10 January 2017, Sweetcrude, Abuja – The Nigerian Electricity Management Services Agency (NEMSA) has disclosed that 113 were killed and about 77 others injured from 146 electrical accidents that happened across the country in 2017.

The agency made this known in a report it presented at the 23rd Power Sector Meeting in Lafia, Nasarawa State, wherein it noted that networks belonging to nine of the 11 Electricity Distribution Companies (Discos) have been inspected.

He also urged the inspected Discos to intensify efforts at revamping their protection schemes and equipment and educate the public on the need for extreme caution using electricity.

He added that, “Operators of the power sector to note that target for electrocutions nationwide is zero.”

From the statistics, 190 people were victims of 146 electrical accidents throughout the whole year in 2017 in which 113 people died in 95 accidents while 77 others sustained injuries in another 51 accidents.

The analysis indicates that under Abuja Disco, 26 non staff died of electrical accidents in 21 accidents while nine other accidents injured three staff and 10 persons.

Port Harcourt Disco also recorded eight accidents that killed 17 persons while two other accidents injured one staff and 10 other persons.

At Ibadan Disco, 11 persons died from 11 accidents while five other accidents injured three staff and two other persons. Six non-staffs and two staffs died from eight accidents under Benin Disco while it recorded no injury throughout 2017.

Acccording to Mr. Ewesor, “The national monitoring and technical evaluation of all 33kV primary feeder lines and associated 33/11kV injection substations and their outgoing feeders on-going with nine Discos has been concluded.”