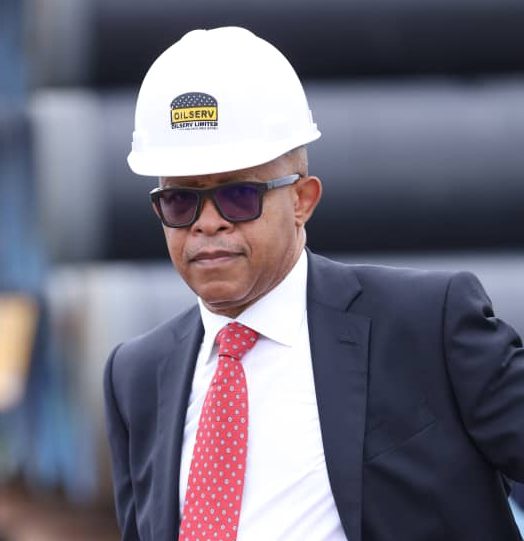 Lagos — The Chairman and Chief Executive Officer, CEO of Oilserv Limited, Engr. Emeka Okwuosa has commended President Muhammadu Buhari for his dedication to the development of local content and capacity through the Ajaokuta Kaduna Kano, AKK gas pipeline project.

Speaking at the flag-off event of the project on Tuesday, Engr. Okwuosa pointed that the project had been one of the major projects of the President since he was elected in 2015.

Conceptualised as an integral part of the Nigerian Gas Master Plan, NGMC, a gas infrastructure blueprint, which was approved by the Federal Executive Council in 2008, he explained that the AKK has received serious attention of the Buhari administration leading to the award of the Engineering Procurement and Construction Contract, EPC of the project by the Federal Executive Council, FEC to the Oilserve/ Oando Plc consortium in 2017.

“First of all, I will give thanks to the President because clearly, he has been at the fore of driving progress in the oil and gas sector. As you may already be aware that he built most of the infrastructure we have today in the early seventies when he was the federal commissioner for petroleum resources. Most of the refineries you see today were built within a few years when he was there” he said.

“This project has been on the drawing board since 2008/9 but he made it happen” the Oilserv boss said.

He commended the Nigerian National Petroleum Corporation, NNPC for spearheading projects that will soften the headwinds occasioned by the global COVID-19 pandemic, adding that the firm is proud to be active participants in driving the country’s industrialisation and actualisation of the Gas Master Plan which will undoubtedly create employment opportunities and ultimately generate as well as enhance value for the nation.

The project, expected to be completed within a 24-month timeline is a section of the Trans-Nigeria Gas Pipeline (TNGP) with capacity to transport about 2.2billion cubic feet of gas per day.

It would also unlock 2.2billion cubic feet of gas to the domestic market, support the addition of 3,600mega watts of power to the national grid and revitalize textile industries which alone boasts of over 3million jobs in parts of the country.

The pipeline would be fed from the existing domestic Infrastructure with a capacity of over 1.5billion cubic feet per day and is being expanded by Escravos-Lagos Pipeline System II (ELPS II) and Obiafu-Obrikom-Oben (OB3) gas pipeline (under construction) that will double the capacity to over 3billion cubic gas per day.

Commenting on the project, Group Chief Executive, Oando PLC, Jubril Adewale Tinubu, said: “As a proudly Nigerian company, focused on driving indigenous participation we have always been proponents of public-private partnership in accelerating the actualisation of the nation’s goals. We have aspired to play an integral role in the building out of the National Gas Infrastructure and Pipeline Grid, as evidenced by our efforts in 2009, post the Nigerian Gas Masterplan when we participated in the unrealised Calabar- Ajaokuta- Abuja-Kano (CAAK) line. We have developed strategic partnerships with both private sector players and the NNPC in bringing sustainable solutions to spur the development of the country via our numerous gas development and distribution projects”.