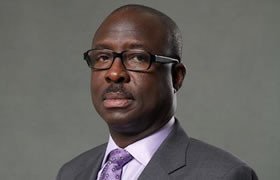 Uyo — The Federal Government has disclosed that 19,550 micro-enterprises have benefited from its Conditional Grant Scheme, CGS, from across 10 states in two years.

The scheme is expected to lift the sub-sector and make it more efficient and financially viable.Adebayo said the ministry was vigorously pursuing many initiatives to improve the capacity of MSMEs in the country.

According to him, implementation of nationwide MSMEs clinics is ongoing to refurbish and further aid the growth of MSMEs in Nigeria.

He noted that the National Industrial Skill Development Programme, NISDP, was being implemented by the Industrial Training Fund, ITF, and has trained 17,176 males and 12,636 females in 59 trade areas, in 36 states including FCT.

“It is also implementing Women Skills Empowerment Programme, WOSEP, which has empowered 438 women in various trades across the nation,” he said.

He said Growth Employment Project, GEM, was also designed to support MSMEs operating in five high potential sectors in the economy including ICT, entertainment, hospitality among others.

Adebayo said that another notable intervention by the government was the creation of a National Council on MSMEs to enhance efficient coordination of the sub-sector.

“The council coordinates the achievements of all stakeholders in the public and private sectors and guides the formulation of policies and strategies to drive the holistic development of the MSMEs.

“Already, it has initiated and implemented the One-Local Government, One Product (OLOP) programme, which is expected to generate over 4,900 new jobs,” he said.