30 October 2014, Lagos – OPEC’s oil production is unlikely to change much in 2015 and there is no need to panic at the crude price drop, OPEC’s secretary general said yesterday, adding to indications the exporter group is in no hurry to cut output.

Abdullah al-Badri also said output of higher-cost oil supplies such as shale would be curbed if oil remained at around $85 a barrel, while the Organisation of the Petroleum Exporting Countries enjoys lower costs and will see higher demand for its crude in the longer term. 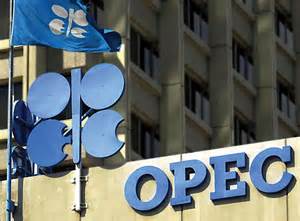 Oil’s drop below the $100-mark, the level many OPEC members had endorsed, has raised the question of whether OPEC will cut supply when it meets in November. Badri said OPEC’s output was unlikely to change much next year, adding to signs a decision to cut in November is unlikely.

“I don’t think 2015 will be far away from 2014 in terms of production,” Badri told reporters in London at the annual Oil & Money conference. “There is nothing wrong with the market.” Brent crude LCOc1 has dropped more than a quarter from above $115 per barrel in June as abundant supplies of high-quality oil such as U.S. shale have overwhelmed demand in many markets, filling stocks worldwide.

But lower prices pose a threat to supply outside OPEC. While OPEC’s oil production costs are low, as much as half of shale output would be under threat if prices remain at current levels, Badri said.

“If prices stay at $85, we will see a lot of investment, a lot of oil, going out of the market,” he told the conference. “About 65 percent of the producers, they have high costs. Not OPEC.” Badri did not predict the outcome of OPEC’s meeting on Nov. 27, saying the decision was up to the group’s oil ministers, and appealed for calm over the decline in prices.

“We do not see much change in the fundamentals. Demand is still growing, supply is also growing. OPEC is reviewing the situation,” he said. The most important thing is we should not panic,” he said. “Unfortunately, everybody is panicking. We really need to sit, and think and see how this will develop.”

He dismissed suggestions that OPEC countries, in setting lower official selling prices for their crude oil, have embarked on a price war to preserve market share.

Badri declined to specify a level at which oil prices might find a floor, saying OPEC did not have a price target but would instead leave that to the market.

“OPEC’s average price will still be $100 at the end of this year so we are fine for 2014,” he said. “The fundamentals do not reflect this low price. OPEC does not have a price target. We must let the market settle down.”

Brent LCOc1 was trading around $87.30 by 10.30 a.m. EDT after reaching a four-year low of $82.60 two weeks ago. Badri said last month that he expected OPEC to lower its oil output target when it meets in Vienna, which would be its first formal output cut since the 2008 financial crisis. OPEC has a production target of 30 million barrels per day (bpd) and Badri suggested last month that this should be cut to around 29.5 million bpd.

Since then, OPEC members Iran and Kuwait have said a cut in output at the meeting was unlikely. Top producer Saudi Arabia has yet to comment publicly.

Badri reiterated that supplies from rival producers, such as shale oil, were not a threat to OPEC long-term and said OPEC had to be ready to pump far more in future.