2018 National Assembly budget will be made public – Senate Leader 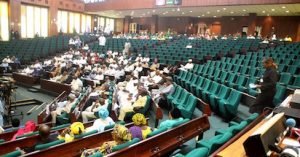 12 April 2018, Sweetcrude, Abuja – The Senate Leader, Sen. Ahmad Lawan, on Wednesday said the 2018 Budget of the National Assembly would be made public.

Sen. Lawan said this while briefing newsmen on the objectives of the ‘Open National Assembly’ (‘Open NASS’) initiative designed to increase public access to the operations of the National Assembly.

Mr Lawan, who heads the Special Committee set up to organise “Open Week Event” which is scheduled from June 25 to June 29 at the National Assembly Complex, described the initiative as an evolving one, adopted by parliaments all over the world.

He noted that, “Increasingly, governments around the world are promoting initiatives in transparency‎. Governments that are open and transparent are more accountable to their citizens and are less likely to be corrupt.

“Openness generates trust in government and also paves the way for meaningful participation by citizens and more informed and better policies.

“Around the world, an increasing number of parliaments are being more proactive in the provision of information. This has become easier with the proliferation of the internet and access to Information Communication Technology (ICT).”

He added that, “Many parliaments are now uploading significant‎ documents such as daily order papers, draft laws and committee reports for distribution.

Sen. Lawan emphasised that the event would broaden public understanding of legislative functions and processes and engender interactions between legislators and key stakeholders.

“Series of activities during the ‘Open Week’ will include interactive sessions with various interest groups, question and answer sessions.

“It also includes exhibitions and tours, planned over a four-day period to raise awareness on legislative initiative and activities,” Mr Lawan said.

He said that the interactive sessions would feature members of the executive arm of government on the Economic Recovery and Growth Plan (ERGP) and the Judiciary on pre- and post-elections adjudication.

He added that, “Others are constitutional separation of powers, a session with state assemblies and a session with trade unions ‎on economic growth and industrial relations.

“Also, there will be sessions with traditional rulers and pressure groups, civil society organisations on accountability and service delivery in governance as well as sessions with women, youth, and student bodies.

“The exercise will feature daily exhibitions for National Assembly Committees to display their outputs and interface with stakeholders via cluster units to be created from both chambers for ease of access.

“The benefits of the Open Week are numerous and have direct bearing on democratic governance in Nigeria.”

Lawan further noted that, “Through the Open Week, the National Assembly is fostering public participation in the democratic process.

“Giving the public access to legislative information, activities and policies are substantial steps towards empowering them to take part in political dialogue and decision-making processes.

“Allowing public access to the legislature allows stakeholders to scrutinise our actions as an institution, such public engagement can lead to greater trust in government.

“We have nothing to hide; being able to access this information significantly reduces suspicion and generates trust,” the lawmaker said.