Oil fluctuates with upcoming US Federal Reserve meeting in focus 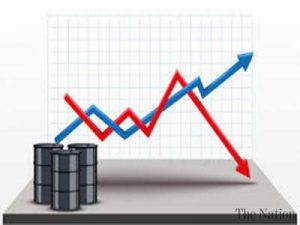 News wire —  Oil fluctuated with investors adjusting positions within the crude market ahead of an upcoming key US Federal Reserve meeting.

Futures in New York switched between gains and losses on Tuesday. The U.S. central bank meets Wednesday to determine the fate of asset purchases. Officials are expected to hold interest rates near zero while telegraphing tapering of the Fed’s $120 billion in monthly bond purchases.

“There may be some position squaring happening as investors aren’t entirely sure what exactly to expect tomorrow even if the general consensus is for asset purchases to slow down,” said Bart Melek, head of commodity strategy at TD Securities.

Oil has resumed its advance over the past month, in part due to a tightening of the market following lingering supply disruptions from U.S. storms. At the same time, consumption is coming into focus in anticipation that soaring natural gas prices will force a shift toward oil.

Meanwhile, the lifting of U.S. travel restrictions could add as much as 200,000 barrels a day of jet fuel demand, according to Energy Aspects Ltd.

“The main boost will likely be for U.S.-Europe as several other countries are unlikely to open for international travel as they manage their own Covid case numbers,” the industry consultant said.

As the Organization of the Petroleum Exporting countries continues to lift output, two key members said the group should carry on ramping up supply as planned. The alliance, led by Saudi Arabia and Russia, will meet on Oct. 4 to review the next monthly increment of 400,000 barrels a day.