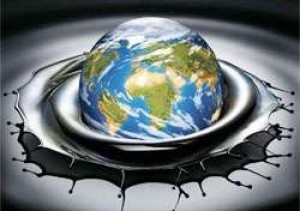 18 October 2011, Sweetcrude, Paris – The International Energy Agency (IEA) warns that the world needs to spend $38 trillion to meet projected energy demand up to 2035.

The figure is a 15% rise on last year’s forecast of $33 trillion and was given on the first day of a two-day meeting hosted by the IEA to discuss investment needs with energy-hungry emerging economies.

However IEA chief economist Fatih Birol said there was reluctance from some oil producers to invest enough.

“One of the question marks is over the Middle East and Northern Africa region which is crucial to meet demand growth and to meet decline in the existing production,” Reuters quoted Birol as saying on the sidelines of the meeting.

“Some countries seem to follow different oil policies not to raise production as much as the market would like to see. In other countries, they are not able to put money for projects on the table because they have other pressing issues in their countries to meet demands from the population.

“In some countries because of the unrest the projects are not going forward as much as we would like to see.”

The agency said 90% of the growth in oil production in the next 10 years needed to come from Middle Eastern and North African countries.

However it added the Arab Spring had disrupted investment plans in oil and gas projects as governments in the region shifted their focus to meet increasing demands from their population which Briol said could push oil prices higher in the next five years as a result.

Eni chief executive Paolo Scaroni said the affect of the Arab Spring on energy security was difficult to assess for now, but added reasons for optimism.

“The first is that the way the crisis evolved in Libya is an exception, rather than the rule,” Reuters quoted Scaroni saying in a speech to the IEA’s ministerial delegates.

Sarconi’s main reason to be optimistic about oil supply from the region was Iraq, even though it was still unclear whether it would meet its 12 million barrel per day output target for 2017.