A $15bn oil bet is tough challenge for richest African 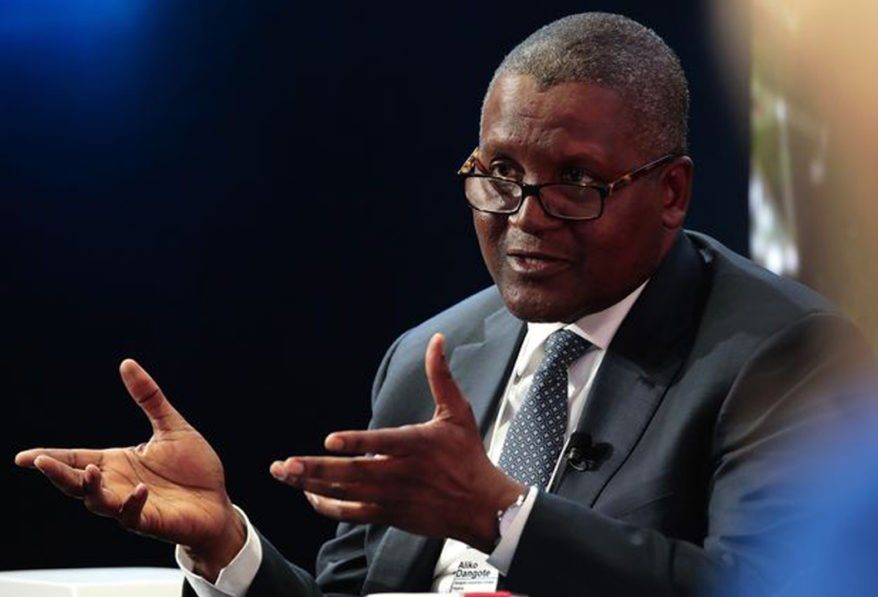 15 July 2018, London — Aliko Dangote has made a fortune out of cement and food processing. Now, Africa’s richest person is embarking on a bigger challenge: a $15 billion investment in oil, gas, and petrochemicals that could, if he pulls it off, transform Nigeria’s economy.

The 61-year-old is building one of the world’s biggest oil refineries near Lagos, the commercial capital. He’s also constructing a fertilizer factory on the same site and plans to boost gas supplies to the city, Africa’s largest. Once that’s done, he wants to buy enough oil fields to pump one-quarter of a million barrels of crude a day.

The workaholic, who counts Bill Gates among his friends and is worth $12.2 billion, according to the Bloomberg Billionaire’s Index, has little experience of any of these businesses. He says his push into them can help end Nigeria’s reliance, despite its status as an OPEC member, on imported fuel and increase electricity generation in a country that experiences constant blackouts.

“It will be tough,” said Jeremy Parker, a consultant at London-based CITAC, which analyzes Africa’s energy sector. “There are many risks. Refining is a competitive and volatile industry.”

“We are pushing the limits,” Devakumar Edwin, a group executive director at Dangote Industries Ltd. who has worked with the billionaire for almost 30 years, said in a July 4 interview at the site. “People still find it difficult to believe we can do it. We believe we can. We are so aggressively focused.”

Hundreds of Cranes
The refinery is the most ambitious part of the plan. Meant to cost $10 billion and process 650,000 barrels of crude daily, it will sit an hour’s drive east of Lagos on a swampy strip of land bounded by the Atlantic and a lagoon. About 7,000 Nigerian, Chinese, Indian and other workers are rushing to get it ready by early 2020 when it’s scheduled to start selling gasoline, diesel and aviation fuel.

Dangote has bought almost 300 cranes and built a jetty for ships bringing in equipment. One piece, a 94-meter-high (300 feet) column used to distill crude into different products, weighs 2,310 metric tons, equal to 400 elephants.

“It’s a logistics nightmare,” said Edwin. “No roads, no bridges can handle that kind of thing.”

The refinery will produce around 50 million liters (13.2 million gallons) a day of gasoline, which will easily meet the needs of the continent’s most-populous nation of 200 million people, and one-third as much diesel.

The company’s been talking to traders including Royal Dutch Shell Plc, Vitol Group and Trafigura Group Pte about them supplying oil and buying refined products, he said.

Once ready, it will significantly reduce fuel imports not just to Nigeria — whose decrepit state-owned refineries operate at a fraction of their capacity — but to West Africa as well, according to Salih Yilmaz, an analyst at Bloomberg Intelligence in London.

Political Pressure
“The sheer scale and the fact it’s Nigeria’s first greenfield refinery in thirty years will make the project challenging,” said Johnny Stewart, an analyst at Edinburgh-based oil and gas consultancy Wood Mackenzie. “We expect the project to come online during 2022 at a higher cost than currently reported.”

When Nigerian Oil Minister Emmanuel Ibe Kachikwu visited the site last year, he urged the company to hurry up and said President Muhammadu Buhari would be “absolutely enthused” if it were completed in time for elections next February.

Dangote’s critics accuse him of benefiting from close ties to politicians and curbs on imports that stymie foreign competitors. He admits his businesses, including cement, might not have succeeded without some protectionism, but says the refinery won’t get any favors from government, including subsidized crude deliveries.

“Why would we?” said Edwin, the Dangote executive. “It’s a private enterprise. We’ll buy at international prices.”

Analysts say that could affect profits on domestic sales, given Nigeria caps gasoline prices at the equivalent of $0.40 a liter ($1.51 per gallon), making it one of the 10 cheapest countries in the world to fill up your tank, according to GlobalPetrolPrices.com.

Most private retailers have stopped importing, leaving the job in the hands of the state-owned oil company, which is making a loss on downstream sales.

Agriculture Investment
The $2.5 billion fertilizer plant, scheduled to be finished at the end of this year, is designed to churn out 3 million tons of urea a year, almost enough to meet demand from farmers across Africa. It’s part of Dangote’s move into agriculture, which includes investing almost $5 billion in rice, sugar and dairy products.

“Why are we still importing most of our food in Nigeria?” said Edwin. “Agricultural activity will grow and demand for fertilizer will grow.”

The factory and refinery can be powered with gas Dangote will transport to the site from the Niger River delta through underwater pipelines costing around $2.5 billion. Surpluses will be sold to businesses, including power stations, which will give an incentive to oil companies to reduce flaring, according to Edwin.

“Nigeria’s gas is hardly being monetized,” he said. “This will change that.”

Dangote has said there were plenty of critics who doubted he’d succeed when he decided to start manufacturing cement and food, given Nigeria’s reputation as such a tough business environment. He says it’s no different with his latest venture.

“We have the most robust team anyone can put together, and we’ve been doing this sort of work together for years,” he said in an interview last year. “We don’t want to listen to the critics, because their intention is to destroy us. We will definitely deliver, by the grace of God.”