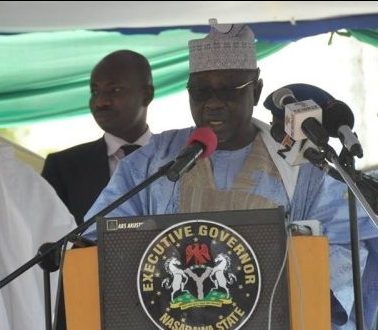 AEDC is responsible for distributing electricity to residents of Nasarawa State, in addition to its other coverage areas like the Federal Capital Territory (FCT), Kogi and Niger states.

The plant which was switched on by the governor of Nasarawa State, Alhaji Umaru Tanko Al-Makura, energised a 2 X 7.5MVA 33/11Kv injection substation.

The injection substation was built by the Niger Delta Power Holding Company, NDPHC under its National Integrated Power Projects, NIPP.

Speaking at the ceremony, Mupwaya said the newly energised substation is of strategic importance to Nasarawa State as it boosts power supply to various parts of Nasarawa South Central District including Obi town and environs, the Federal University Lafia, the State House of Assembly Quarters and some other parts of Lafia City.

While commissioning the substation moments before the commencement of the 23rd Power Sector Monthly Meeting, Nasarawa State Government in Lafia, Governor Al-Makura who also played the host, did not mince words in emphasising how pleased he was to see the power facility come on stream.

The project, which was built with support from the World Bank has the capacity to boost electricity supply in four axes of the ancient historical town of Keffi.

It will boost supply to Masaka, Gora and Kuchikau towns along the Keffi-Abuja road, thereby relieving the substation in Mararaba, a border town between Nasarawa State and the FCT.

More so, it will also enhance the quality of supply along the Nasarawa Town and Toto town axis, which are on the Keffi-Nasarawa and Umaisha route.

In addition, the 60MVA transformer will engender greater quality of power supply to towns and villages along the Keffi-Jos road axis, including the 177 Guards Battalion (Shittu Alao) Barracks in Keffi, Gunduma village, etc.

The transmission substation will likewise enhance the quality of electricity supply to towns and villages along the Keffi-Akwanga route such as Sabon Gida, Garaku, and Angwan Mayo, among others.

Expressing the delight of his people over the coming on stream of the transmission station, the Emir of Keffi, His Royal Highness, Dr. Shehu Usman-Yamusa, while thanking the TCN and the World Bank for the project, tasked his people to endeavour to settle their electricity bills top encourage, not only AEDC but also other stakeholders in the value chain to sustain the momentum in reforming the Nigerian power sector for the good of the people.