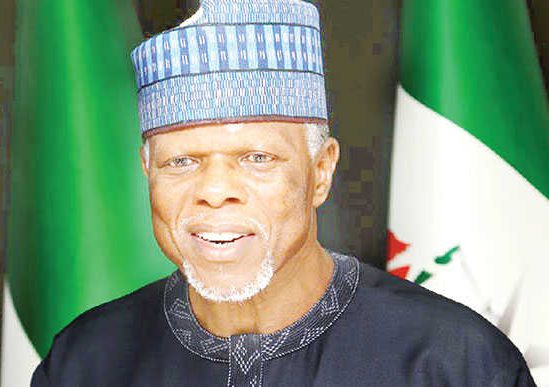 Lagos — Against the controversy trailing the statements of the Comptroller General of the Nigeria Customs Service, NCS, Col Hammed Alli (Rtd) on the Africa Continental Free Trade Agreement, AfCFTA, and accruable revenue, the agency has said that its focus is on driving revenue through excise duty on local production rather than import duties.

Ali, in his presentation at the public hearing of the Senate Committee on Finance was quoted to have said that the Customs will loss revenue if the AfCFTA was implemented.

However, in a reaction, the agency’s Spokesman, Mr. Joseph Atta, a Deputy Comptroller of Customs, said that the CGC’s position on AfCFTA was erroneously misrepresented thereby misinforming the public that the CGC is against the implementation of the agreement because it will affect revenue collection.

Atta, in a statement, said that the position of the CGC was in support of increased local production to benefit from the forthcoming AfCFTA.

He explained the implications of AfCFTA on revenue, stating that all imports from member countries will be duty free hence the nation must encourage local production to increase revenue from excise duty rather than import duty which revenue will drastically drop soon.

The Customs boss was also quoted to have said: “I would rather collect Excise duty than Import duty, because for every import, you are taking money out”.

Atta said: “As clear and emphatic as he was at the public hearing on preference for excise over import. It is hard to understand the reason(s) for this twist and dangerous misrepresentation.

“The author’s attempt to link CG’s comments at the public hearing to issues of scanners, partial border closure and ending with almost recommending single window system as a viable means of growing Customs revenue collection shows a total loss of the understanding of CGC’s presentation.

“For the avoidance of doubt, the CGC and indeed NCS is not against the implementation of any protocol that Nigeria is a signatory. NCS role is to implement and provide input that might help policy formation in the interest of Nigerians.

“We strongly believe that Nigerians have a right to know the implications of AfCFTA and actions that must be taken to benefit from it and not becoming a dumping ground for other countries’ goods.’’