AfDB President conferred with Leadership Person of the Year Award 2020 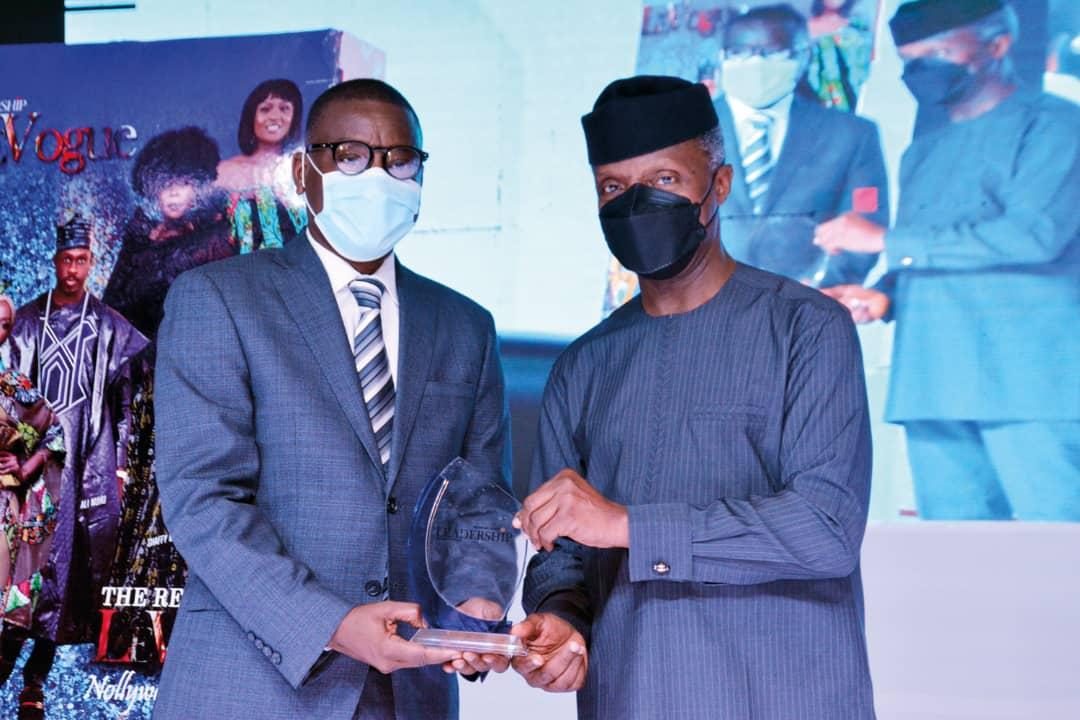 Senior Vice President, Leadership Group Limited, Azubuike Ishiekwene, said: “In the past five years during which Adesina has presided over the African Development Bank, conscious efforts have been made to re-dedicate the Bank to its core philosophy of ‘Building Today a Better Africa Tomorrow.’ Under the Light Up Africa Project, the African Development Bank has a 10-year plan to drastically reduce the number of Africans who lack access to electricity. Currently, 645 million people lack access to electricity in Africa and, so far, 18 million people have been provided with electricity in Morocco, Ivory Coast, Ethiopia, Egypt and other parts of the continent.”

Presenting the award, Professor Yemi Osinbajo, said: “Dr. Adesina and other recipients are deserving of this award. To whom much is given, much is also expected.” Dr. Adesina was represented at the award ceremony by the Director General of the Bank Group’s Nigeria Country Department, Lamin Barrow.

An agricultural economist with several distinctions in academia, development financing and administration, Dr. Adesina has consistently championed development policies and programmes that have a direct impact on the lives of ordinary Africans, reinforce regional integration, and position the continent on a path of self-sufficiency.