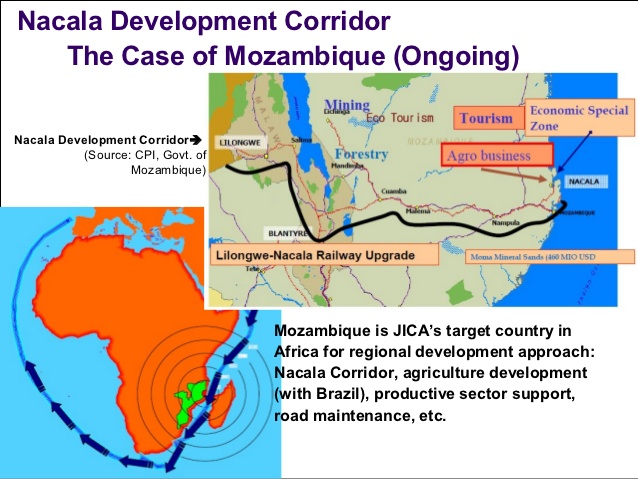 29 November 2017, Sweetcrude, Abidjan, Côte d’Ivoire — The African Development Bank (AfDB) and other participating co-lenders have signed agreements for the financing of the Nacala Corridor project. This is an integrated and transformative infrastructure project which consists of a 912-km railway and a port meant to unlock the Western region of Mozambique and landlocked Malawi. The total project cost is estimated at US$ 5b.

The AfDB was appointed co-lead arranger and co-structuring Bank and has played a key role in the packaging of the transaction. The project is very complex and among the most innovative that the Bank has financed over the past 10 years of private sector operations.

Through the project, the Sponsors, companies from two AfDB member countries, Vale (the Brazil-based metals and mining company) and Mitsui & Co (one of the largest general trading companies in Japan), made the win-win collaboration championed by AfDB between Africa and the rest of the World happen. The project brought together, among others, four core lenders, namely the African Development Bank (US$ 300m), the Japanese Bank for International Cooperation (JBIC), Nippon Export and Investment Insurance (NEXI) and the Export Credit Insurance Corporation of South Africa (ECIC) for an overall package of US$ 2.7b in senior loans.

In addition to this US$300m senior loan, the AfDB also approved technical assistance through the Fund for African Private Sector Assistance (FAPA), a Japan-Austria multi-donor trust fund, to assist in strengthening business linkages and supporting SMEs and cooperatives in Mozambique and developing agribusiness along the corridor in Malawi.

The Project is expected to have a catalytic effect in the region and create economic benefits for the various stakeholders, including sponsors, governments and the local population. It will enable a significant reduction in transportation costs and increase coal export volumes. Increased mine production volumes will also create employment opportunities in the region of Tete where the mine is located. Furthermore, additional capacity created in general cargo and passenger trains, along with the corridor, is expected to contribute to creating economic opportunities in the local economy, notably by increasing agricultural trade in the regions.

The project will contribute to one of the major priorities of the AfDB High5 agenda: “Integrate Africa”. “The investment is a testimony of how the Bank intends to scale-up support to regional infrastructure, deepening regional integration and facilitating access for land-locked Malawi” mentioned Kodeidja Diallo, AfDB Director for Non-Sovereign Operations and Private Sector. “The financing of railway and port infrastructure in Mozambique and Malawi will add competitiveness to regional exports and provide an important demonstration effect for forthcoming private sector infrastructure projects in the region,” she added.