Afren profit soars, driven by operations in Nigeria, others 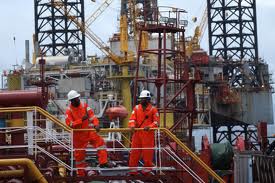 The company was able to contend with lower crude oil and gas prices as well as high tax bills and soaring costs within the period
Net profit for the six months to the end of June was $100.2 million as against $20.7 million in the comparable period a year earlier.

The reason was a ballooning of revenues from $161 million to $771.7 million as production from the Ebok field off Nigeria was counted for the full six-month period. Production also began at the Barda Rash field in Iraqi Kurdistan to help Afren to a record revenue sum.

The cost of sales understandably soared from $81.9 million to $375.6 million while increased operations and revenues meant an increased tax bill of $215.9 million, up around tenfold.

Chief executive Osman Shahenshah commented: “The Okoro East and Ebok North Fault Block discoveries in Nigeria and Simrit-2 discovery in the Kurdistan region of Iraq will add significantly to the already material proven and probable (2P) reserves base of 185 million barrels and 2P/contingent base of 995 MMboe.

“In East Africa, the on-going maturing of the portfolio has resulted in a mean prospective resources upgrade to 5838 MMboe (from 2113 MMboe).

Amongst other exploration plans, Afren is looking to drill two prospect wells at La Noumbi, Congo Brazzaville in the second half this year plus an exploration well on OPL 310 off Nigeria. In South Africa is expects exploration drilling on Block 2B to begin in 2014.