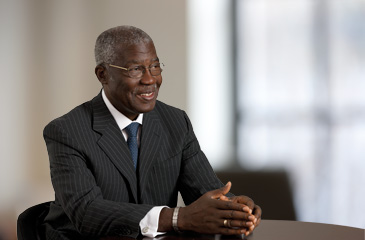 4 November 2011, Sweetcrude, Abuja – UK-listed exploration and producing company, Afren, says it is finalising a deal to participate in Nigeria’s Block 26 by the end of this year. First Hyrdocarbon Nigeria, an indigenous Nigerian company in which Afren holds 45%, signed an initial deal in October 2010 to buy the 45% interest in Block 26 from Shell, Eni and Total.

“We’re on track to complete the transaction by the end of the year,” said Afren chief executive officer, Osman Shahenshah. He said that in the period since the deal was initially unveiled a lot of preliminary work has already been done that will lay the ground for when the deal is finalized. “We’ve done a lot of work already on further development” of the block’s assets, he said. State-owned Nigerian Petroleum Development Corporation (NNPC) together with Atlantic Drilling are expected to take on operatorship of Block 26. NNPC controls 55% stake in the block on behalf of the Nigerian government.