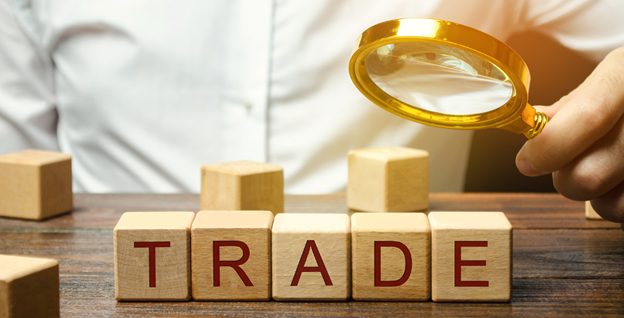 Abidjan — Constrained global financial conditions caused by Covid-19 have led to massive portfolio outflows from Africa, exceeding $5 billion in the first quarter of 2020, a new continent-wide survey on trade finance has shown. About $3.1 billion left the South African market alone, the report found.

Launched on 15 April 2021, the African Trade Finance Survey Report examines how trade finance has evolved during the Covid-19 pandemic and highlights the role it can play in overcoming the social and economic fallout of the disease. The survey was conducted by African Export-Import Bank (Afreximbank), jointly with the UN Economic Commission for Africa and the African Development Bank-hosted Making Finance Work for Africa Partnership.

At the launch, Professor Benedict Oramah, President of Afreximbank, said a growing number of international banks were becoming even more reluctant to take on payment risks in countries where economic conditions were deteriorating.

“These massive capital outflows strained African banks, many of which recorded sharp drops in their net foreign assets. This further exacerbated liquidity constraints and undermined the capacity of banks to finance African trade,” he said.

The survey covers the first four months of 2020, including April, when global trade recorded its largest contraction on record. It aims to inform the design of interventions to address market challenges and effectively engage African financial institutions, trade finance intermediaries, regulatory authorities, and national authorities to accelerate efforts to bridge the region’s trade finance gap.

The report made numerous recommendations, including greater engagement between central banks and the industry, a push for increased digitalization and uptake of new technologies, and better data.

Despite the many challenges that came along with Covid-19, some opportunities also arose, the report noted. In fact, a few African countries’ economies showed strong resilience and expansion during the pandemic primarily due to their ability to be agile and to digitalize swiftly over the period.

To mitigate the significant outflows and mobilize for recovery, Vera Songwe, Executive Secretary at the UN Economic Commission for Africa, urged African leaders, especially Central Bank Governors and Finance Ministers and development partners, to further support institutions such as Afreximbank through capital increases and deploy more resources towards Africa’s recovery.

Mervat Soltan, Chairperson and Managing Director at the Export Development Bank of Egypt, said the Bank had seen a significant increase in its digital services during the pandemic downturn. “Digitalization, which sustained business and trade growth during the pandemic, offers a great opportunity to help reduce costs and increase the use of trade finance facilities, and should become an integral part of the strategy to boost African trade post-Covid-19,” she added.

One way to boost African trade is through the African Continental Free Trade Area (AfCFTA), which the UN’s Economic Commission for Africa estimates can improve intra-Africa trade by over 50%. Bola Adesola, Senior Vice Chairman for Africa at Standard Chartered, said the AfCFTA can provide an ideal platform to help drive new businesses on the continent, which will help accelerate trade.