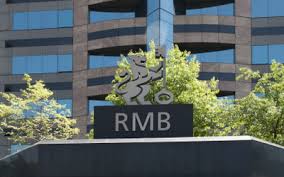 04 October 2015, Lagos – Nigeria’s slump from a previous second position to the fifth on the Rand Merchant Bank’s “Where to Invest in Africa” ranking has elicited varying reactions from economists and market analysts. Olaseni Durojaiye presents views of stakeholders

How investment friendly Nigeria’s business operating environment is has yet again received a below par rating with the recently released report on ‘Where to Invest in Africa’ 2015-2016 series by Rand Merchant Bank which placed the country in fifth position behind South Africa, Egypt, Morocco and Ghana.

Interestingly, the last report in the series ranked Nigeria second behind South Africa.

The Bank’s “Where to Invest in Africa” 2015-16 report launched on Monday ranked all 54 countries in Africa in terms of attractiveness to investors. While South Africa continued to maintain its lead as the most attractive investment destination on the continent, Nigeria on the other hand slumped to fifth position as Egypt, Morocco and Ghana leapfrogged Africa’s supposed largest economy.

The bank’s below par rating of the country’s business environment is not new. In recent times, Nigerian business environment has also received serious knocks from most rating agencies such as “World Bank Doing Business Report”, “Heritage Foundation’s Index of Economic Freedom,” “World Economic Forum’s (WEF) Global Competitiveness Report” and “Transparency International’s Corruption Perception Index” which the latest ranking relies on. With a score of 4.2 of 10, Nigeria scores lower than South Africa (6.4), Egypt (4.6), Morocco (5.5) and Ghana (6.0).

The Press Statement announcing the ranking was released on Monday read in part: “South Africa, Egypt and Nigeria are ranked as the most attractive economies to invest in, according to Rand Merchant Bank’s second edition of Where to Invest in Africa. The report, which ranks investment destinations across the region, now also analyses North African countries. Data for selected emerging and developed nations has been included against which Africa’s performance can be compared, while an assessment is made on how the investment environment has been changing over time — mostly for the better, but sometimes for the worse.

The countries are rated from most to least attractive as investment destinations. Scores are based on: market size, as measured by GDP at purchasing power parity: the market growth rate, as reflected in the International Monetary Fund’s forecasts of real GDP growth; and an operating environment index, which looks at economic freedom, corruption, efficiency and business friendliness.

The report finds Rwanda, Ghana and Zambia to be stand out countries based on continued improvements via reforms and accelerated growth. Of the three giants of the continent (South Africa, Egypt and N6igeria), South Africa has by far the best operating environment but the slowest growth, as is the general trend in most countries in Southern Africa. The East African Community offers four countries that collectively are large and attractive — Kenya, Tanzania, Uganda and Rwanda — while the most notable North African economies are Tunisia and Morocco. Libya stands out from a growth perspective, representing the recovery from the civil war. Francophone West and Central Africa rate poorly although Cote d’Ivoire recently entered the growth race after the easing of political tensions.

Experts’ Reactions
Expectedly, the scenario has been eliciting debates amongst economist and watchers of the nation’s economy among others. While some see the ranking by the bank as a reflection of the current realities in the country’s business environment citing other similar negative rating by other assessing agencies, others argued that the recent rating may have failed to consider some of the measures that the new administration has injected into the economy.

According to Chief Executive Officer of Nextnomics and a former Chief Economist at the African Development Bank (AfDB) Dr. Temitope Oshikoya The RMB Report on Where to invest in Africa 2015/2016 uses three key measures to rank countries–market size, market growth, and operating environment. These three aggregate measures have their sub-components. For Nigeria, of the three aggregate measures, market growth declined significantly with GDP growth rate at below half of what was recorded in 2014 and expected to decline further. The GDP growth rate has been negatively affected by more than 50 percent decline in oil prices, which impacted several sectors, revenue, exports proceeds and foreign reserves.

“The second factor is the operating environment, which reflects rankings on competitiveness, infrastructural, structural, and institutional issues. Over the past one year, Nigeria’s rankings on Ease of Doing Business, Corruption Index, and Global Competitiveness Index continued to lag its comparators.

However, I suspect that the Report may not have reflected some recent measures by the new administration to improve institutional effectiveness, reduce corruption, and strengthen revenue generating agencies, and reduce fiscal leakages, which are meant to raise domestic revenue and help finance inclusive prosperity and employment stimulation activities,” he stated.

Responding to THISDAY Enquiries on how the report may impact the country’s drive for Foreign Direct Investments, Oshikoya explained that “In spite of this ranking based on perception measures, Nigeria would remain an attractive destination in Africa for foreign direct investments. Kellogg’s, an American consumer goods company, announced in September that it is investing $450 million to boost its presence in Nigeria. The country’s market size and population dynamics would play major roles in attracting Foreign Direct Investments (FDIs). In addition, increased FDI inflows would come about with improved business operating environment and reduction in transaction costs with concerted measures to strengthen institutional effectiveness, efficiency of power connectivity and transportation infrastructure network, and raise total factor productivity.

In his response, Head, Research and Intelligence, BGL Securities, Femi Ademola argued that in terms of market size, despite being the number one economy on the continent, the foreign exchange devaluation earlier in the year caused a reduction in the size of Public Private (sectors) Partnership (PPP). According to him, “It does appear that on all the criteria, the country has done a bit lower than it was in the previous year.”

Speaking further, Ademola explained that “On the one hand, this ranking is not a sovereign investment or credit rating. On the other hand, it is a global overview of the invest-ability in the country. Any investor will look at the sectors that form the economy and the companies that make up the sector. Investments are usually sector-specific and/or company specific.

To stem the tide, Ademola insisted that the Federal Government needs to immediately embark on serious fiscal and structural reforms that would empower institutions, remove bureaucracy, focus on core activities and outsource non-core functions and encourage private sector investment in infrastructure and other critical needs area. The government must focus on economic stability through the implementation of policies that would strengthen foreign exchange.

“The business environment must be improved by reducing the burdensome processes of doing business in Nigeria from registration to licensing and obtaining permits. Land titles should be reformed to allow ease of ownership and transfer,” he advised.

Meanwhile, analysts have traced the performance of the countries that leapfrogged Nigeria on the ranking to factors that included a “relatively fair key indicators of operating environment as well as absence of some of the factors that bedeviled the Nigeria’s performance.

According to Oshikoya, “Egypt, Ghana, and Morocco in particular have not been relatively affected negatively by the decline in oil prices in terms of GDP growth compared to Nigeria, while key indicators of operating environment especially infrastructure and institutions fair relatively better,” he concluded.