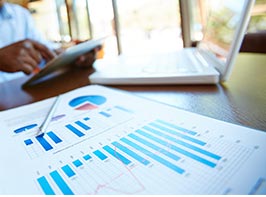 18 April 2016, Lagos — Against the backdrop of the current economic headwinds in Nigeria and the medium term picture of sustained downturn painted for Sub-Saharan Africa, SSA, by the International Monetary Fund, IMF, Afrinvest Research has revised its 2016 Nigeria growth forecast to 2.0 percent, a huge mark-down from 3.5 percent it had earlier projected.

Giving reasons for the revision, the research said that the current rally in oil prices is not enough to significantly alter the terms of trade to favour Nigeria as other foreign capital inflow sources have ebbed due to misaligned monetary policy and uncertain fiscal policy.

It stated, “while the recent rally in oil prices above US$40 per barrel offers fresh hope, we note that the uptick is more grounded in sentiment than fundamentals, hence, may be short-lived if recent efforts by OPEC and non-OPEC oil exporters do not materialize.

“While cost-saving fiscal reforms have gained traction, equally important long-term fixes to structural shortages of foreign exchange and petroleum products are yet to be made.

“These have much more impact on private consumption and investment which historically drive economic activities in Nigeria. If these shortages are long-drawn, the fiscal impulse from an expansionary budget may be muted”. The research added that ‘the bi-lateral agreements being drawn with Chinese government and agencies – currency swaps and loan deals – could, to a great extent strengthen the balance of payments and fiscal positions but details are still sketchy and we remain conservative on the potential economic gains that could accrue.

However, the analyst indicated a positive outlook stating that “despite the short-term dim outlook, we remain long-term bullish on Nigeria to reap dividends of its demographics and resource advantage”. On the political-economy governance, the analysts stated that “the current administration remains pro-reform and more than ever before, there has been an intense focus on diversifying revenue sources at every stratum of government and build fiscal resilience. “The excuses justifying some weak responses would eventually be overcome by economic realities which would favour real sector productivity.

“For long-term investors, we think the valuation of assets in the country are cheap once the necessary and inevitable exchange rate adjustment is made”. In its revised forecasts titled, “Too Slow for too long” released last week, the IMF, projected Advanced Economies block to grow by 1.9 per cent, at par with 2015 growth but 0.2 percent lower than earlier forecast in January.

The Emerging Markets and Developing Countries (EM &DCs) were projected to grow by 4.1 percent, slightly higher than 4.0 percent in 2015 but 0.4 per cent lower than January forecast. The IMF report, however, had a steep 1.0 per cent cut in SSA growth forecast to 3.0 percent (a 17-year low) which implies the IMF expects growth in the region to decelerate to the slowest pace since 1999 when the East Asian debt crisis triggered a recession in emerging markets. the worst cut was on Nigeria forecast which had the growth forecasts trimmed by 1.8 percent.