After 18 months of turbulence, Seplat returns to ‘strong’ production 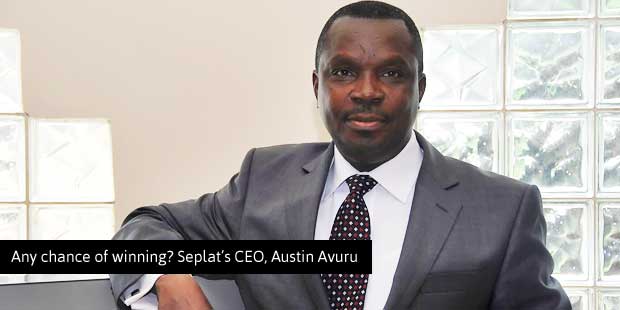 11 August 2017, Sweetcrude, Lagos – Seplat’s Chief Executive Officer, Austin Avuru, has said that the company’s production has come back strong since lifting of force majeure at Forcados terminal in June.

In a chat with SweetcrudeReports on Thursday over the state of the company’s production, the CEO said its output has recovered to the region of 50, 000 barrels per day, bpd, in the second half of the year.

“Since the resumption of exports via the Forcados terminal our production has recovered strongly providing us with sufficient confidence to reinstate guidance, which we expect to be in the region of 43,000 to 50,000 boepd net to Seplat in the second half of the year.

After 18 difficult months, Avuru said the company is now well-placed to secure a long-term return to profitability and growth.

“We have continued to cut costs, strengthen the balance sheet and establish alternative export routes to insure us against future disruption at Forcados. I believe that we are now a fitter, stronger Company than at any time in our history and look to the future with renewed optimism”, he said.

If the current operating environment continues, he said, Seplat expects to see a significant improvement in performance.

Force majeure on exports from the Forcados terminal was subsequently lifted on 6 June.

After downtime, according to the company’s half yearly result, overall working interest production in H1 across all blocks stood at 9,507 bopd and 101.3 MMscfd, or 26,383 boepd.

Avuru also hinted that upgrades and repairs now completed as planned on two jetties at the Warri refinery.

“The upgraded jetties will enable sustained exports of 30,000 bopd gross if required in the future”, he said.

The report said the company recorded Gas revenues of US$54 million in H1 (41% of total H1 revenues and up 15% year-on-year), and that it is now actively engaged with counterparties to finalise new GSA’s – plan to take gross production towards 400 MMscfd.

He reveled that the company now has one year extension of revolving credit facility (“RCF”), 30% oversubscribed and successfully concluded in June.

“US$42 million debt principal repayments made in H1; gross debt at30 June US$635 million and net debt US$433 million. Cash at bank at30 June US$202 million and discretion maintained over spend (H1 capital expenditure US$11 million)”, he said.