Libreville, Gabon — Reporting indicates that two trawlers, AMERGER II & AMERGER VII, were boarded off Libreville, GABON. One incident occurred at 20nm from shore and the second 36nm from shore.

Reports suggest that the incident involved a single skiff with three engines and 13 persons on board. Reporting suggests that the perpetrators spoke English. 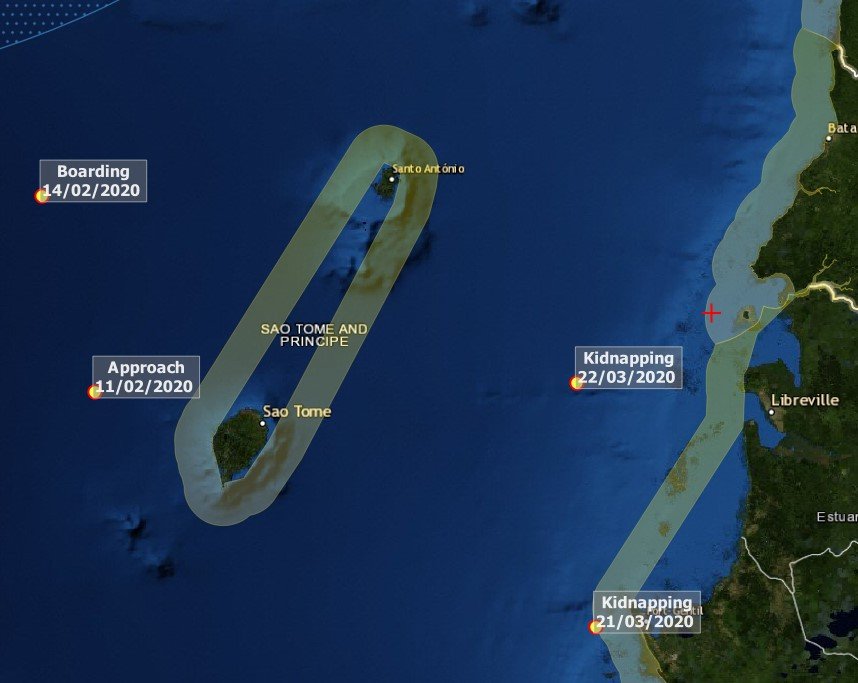 It is understood that following the boarding 6 personnel have been kidnapped, 3 from each vessel. The nationalities of those kidnapped are understood to be 3 Indonesian, 2 Senegalese, 1 South Korean.

Vessels are advised to exercise extreme caution in this area.

This is the second incident in the waters off Libreville within 2020. The previous incident occurring at 52nm off Libreville against the TALLIA F resulting in the kidnap of 7 crew.

With this latest incident the total number of kidnapped crew in West Africa within 2020 numbers 48.

It is highly likely as with previous incidents and the English spoken between the perpetrators that the grouping responsible originated within Nigeria.

Within 2019 there were three incidents off Libreville, all occurring in December 19. Fishing vessels have been previously targeted in the vicinity with two vessels being boarded in December 19 involving the kidnap of 4 Chinese personnel.