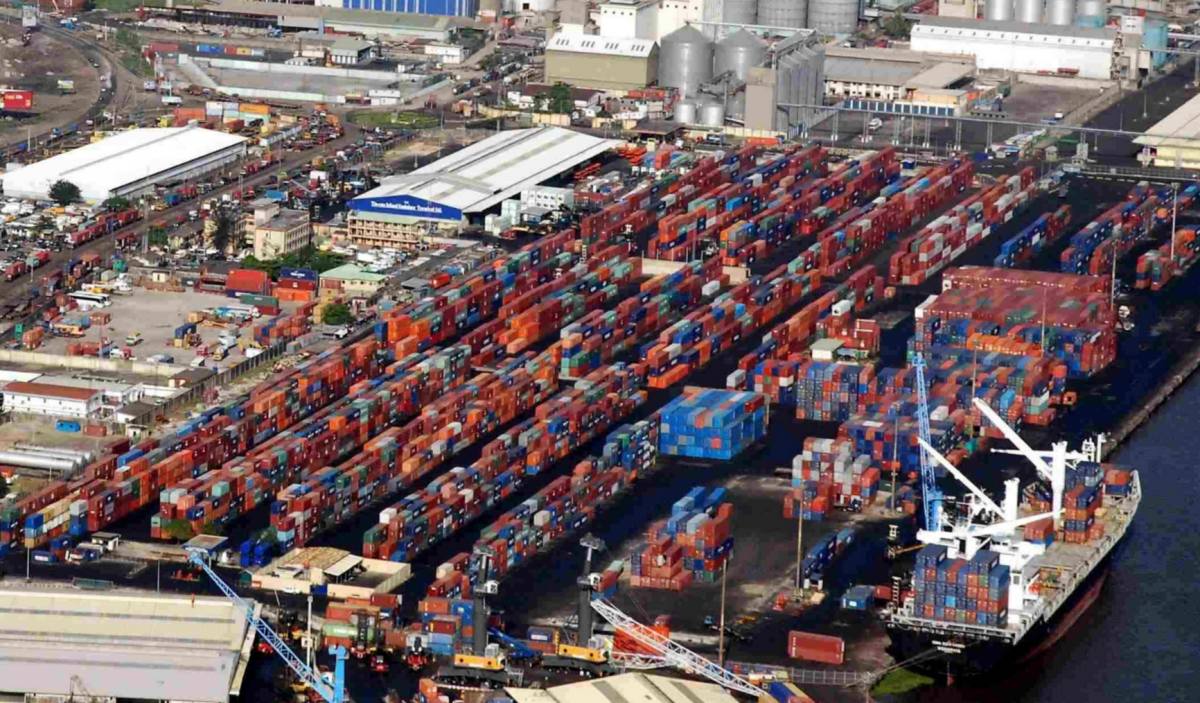 Lagos — The National Council of Managing Directors of Licensed Customs Agents, NCMDLCA, has petitioned President Mohammadu Buhari over the diversion of vessels to ports in the Eastern flank of the country saying that the space at the Kirikiri Lighter Terminal, KLT, can take as much as 11, 000 empty containers.

In a petition to the Presidency, leader of the group, Mr. Lucky Amiwero, said that the need to utilize the empty space at KLT to reduce the present congestion in Lagos ports should be explored.

In the letter titled ‘‘Avoiding ship Deviation to other ports by Decongesting Lagos ports through utilizing the empty space at Kirikiri Lighter Port’’, Amiwero also said that the seven percent surcharge on cargoes should be deployed to create more navigable channels and berthing spaces.

Part of the letter read: “We hereby draw the attention of the Federal Government on the urgent need to utilize the empty space at Kirikiri Lighter Port to reduce the present congestion in Lagos Ports.

“Most of the empty spaces that was converted to terminals in the Kirikiri Lighter Port area, was identified during the port congestion in 2001 by the Special Committee on Action Plan for Clearing Cargo Backlog, which eventually assisted in decongesting Lagos ports in 2001.

“Kiririri Lighter Port has four empty terminals that can accommodate 15,000 full loaded containers, which will ease the congestion in Lagos and shift some of the pressure from Apapa Tin-Can to Kirikiri Port area.

“This will eliminate the possible litigation that will be generated from the international community and import trading community for deviating Lagos bound cargos to other Port, which has serious legal and financial implication, in terms of the restricted diversion clause in the contract of carriage (Bill of Lading).

“The following are empty terminal that are laying idle, which was used in 2001 Port congestion and can still be utilized to clear the cargo back log in Lagos Port by redeeming the Country’s image and save the trading community from Litigation, clearance and logistic complexities that is associated with deviation.

“Lagos Port congestion has back log of cargo, which is held up as a result of accessing Apapa and Tin-Can Island Port and other logistic issues that constitute the long stay of cargo and ships in Lagos Port.

“The state of emergency is to wave the complexity of the lease agreement with the empty terminal owners at kirikiri Lighter Port and the cargo traffic elements on the concession agreement with concessioners, “This is to enable the faster movement of more containers from the wet Ports within Lagos by barges to the Kirikiri Lighter Port, which will eventually prevent international and local litigation on the deviating of cargos to other ports, which is not port of destination in contract of carriage.

“The part of Nigerian Ports Authority (NPA) collection of 7% port Development Levy, should be utilized to create navigable channels and berthing facilities, so as to move cargos from the wet Port to the Kirikiri Lighter Port, which will help to ease the pressure from gridlock axis ,thereby avoiding the litigation for deviating cargos destined for Lagos Ports to other ports.

“In line of the provision of the NPA Act Section 32 –(a), authorized the authority for the maintenance, control and management of the channels and approach to the to Nigerian Ports, which includes, making the channels free and navigable to vessel.

“The doctrine of deviation is the “agreed route” is identified from the contract of carriage as evidenced by the Bill of Lading the Port of origin and destination defines the route, and deviation is a departure from the agreed route to usual route which amount to serious breach.

“We wish to state here that measure should be taken not to put more pressure on the trading community but to look for possible ways to solve the problems with experts, who are ready to give their service for the nation to remedy the situation in our ports.”