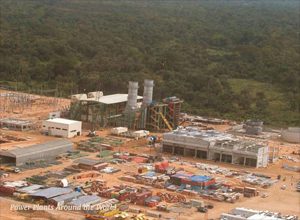 *Gets license to commence phase II

20 October 2017, Sweetcrude, Lagos — The Nigerian Agip Oil Company, NAOC, has secured an extension license from the Nigerian Electricity Regulatory Commission, NERC, for the phase I of the Okpai power plant located in Delta State.

The approval for another 10 years comes two years after NERC said it received a commitment from the firm for an extension and to commence the second phase of the project.

According to a tweet by NERC, the approved license, alongside terms and conditions, were presented to representatives of the NAOC by the Commission’s General Manager, Legal Licensing, and Compliance, Mrs. Olunfunke Dinneh at the Commission’s headquarters in Abuja today.

“Officials of Okpai Power Plant of Agip collects license for their phase 2 from GM, Legal Licensing & Compliance, Mrs. Olufunke Dinneh,” NERC tweeted alongside a photo from the ceremony.

“Generation license is due for an extension after 10yrs and Okpai have attained that milestone as it receives extension license from @NERCNG”.

NAOC’s Okpai power plant currently generates 480 megawatts which it transmits to the national grid, while the second phase of the project when completed, would bring the plant’s total output to 1,000MW.