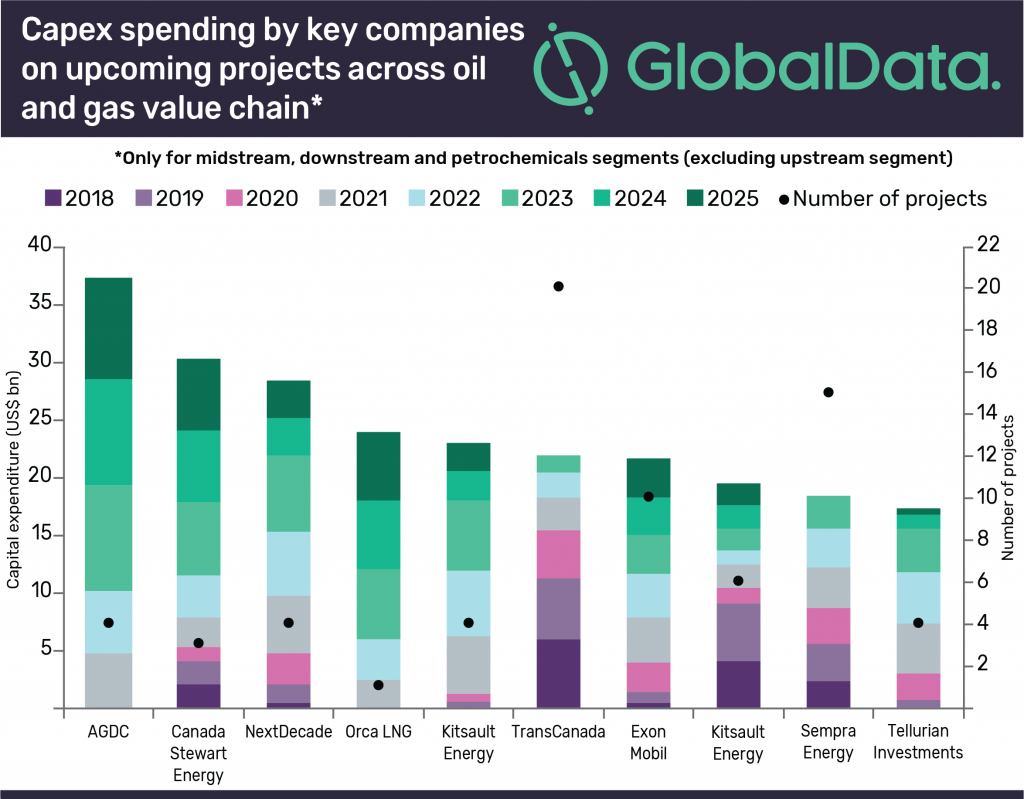 02 January 2018, Sweetcrude, London — Alaska Gasline Development Corp is the top spender among all oil and gas companies in North America, in terms of new build capital expenditure (capex) to be spent during 2018–2025, on planned and announced projects across midstream and downstream segments, according to leading data and analytics company GlobalData.

Soorya Tejomoortula, Oil & Gas Analyst at GlobalData, comments: “AGDC has spread its new-build capex for the development of two natural gas pipelines, one LNG liquefaction terminal, and one gas processing plant. This will further aid the company’s objective of developing infrastructure to move natural gas to local and international markets.”

GlobalData identifies that TransCanada Corp leads both trunk pipelines and liquids storage segment with US$20.8bn and US$1.1bn by 2025, respectively. In the LNG regasification segment, Korea Gas Corp leads with US$1bn to be spent on an announced regasification terminal, by 2025. Magnum Gas Storage LLC leads the gas storage segment with an estimated capex of US$0.35bn.

On the downstream side, Pacific Future Energy is expected to lead with estimated capex of US$14bn on the development of an announced refinery by 2023. Kitimat Clean Ltd and Pemex follow with capex of US$8.5bn and US$8.4bn, expected to be spent on one refinery each, during the period 2018–2025.